Jihadists occupying northern Mali on Thursday said they had cut off the hand of a thief in accordance with strict Islamic law which they have imposed on the population. “Yes, I confirm it. We applied sharia in Ansongo yesterday (Wednesday). The hand of a thief was cut off. Sharia demands it,” a leader of the Movement for Oneness and Jihad in West Africa (MUJAO), Mohamed Ould Abdine, told AFP.  A local government official in the town south of Gao, one of the capitals of the vast desert region, said he witnessed the amputation.

“I am in Gao now, but yesterday I was in Ansongo. There was a lot of blood when the hand was cut. It was the hand of a thief who stole a motorbike,” he told AFP. He added that dozens of people had witnessed the public amputation. Abdine said the sentence was “the law of God.” On Sunday scores of protesters swarmed the main square in Gao to prevent Islamists from cutting off the hand of a thief, but Abdine said the sentence had only been postponed.

“We will do the same thing in Gao soon. Last time we postponed because of the intervention of important people and not the population. The population can’t do anything,” he said.

This is the first report of the extremists carrying out an amputation since they occupied the north of the country four months ago, enforcing strict sharia law.

In the small town of Aguelhok, another armed Islamist group, Ansar Dine (Defenders of Faith), publicly stoned an unmarried couple to death in late July. They have forced women to cover up and whipped smokers and drinkers.

In the ancient city Timbuktu, the Islamists have destroyed World Heritage shrines dating back to the 15th century, denouncing them as idolatrous.

The Islamist groups, which security experts say are acting under the aegis of Al-Qaeda in the Islamic Maghreb (AQIM), seized key northern cities in the chaos following a coup d’etat in Bamako on March 22.

The takeover was spearheaded by Tuareg rebels seeking an independent state for their nomadic desert tribe, but the extremists have pushed them out in favour of an Islamic state. 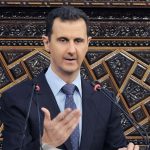 Syria: Iran vows it will not allow Assad to fall 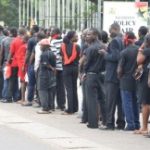 US politics: Obama presses Congress to consent on border money

50 Cent on Kim Kardashian: One man’s trash is another man’s treasure 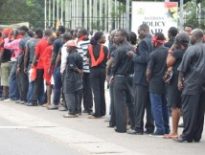 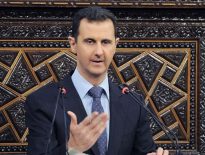 Europe Syria: Iran vows it will not allow Assad to fall