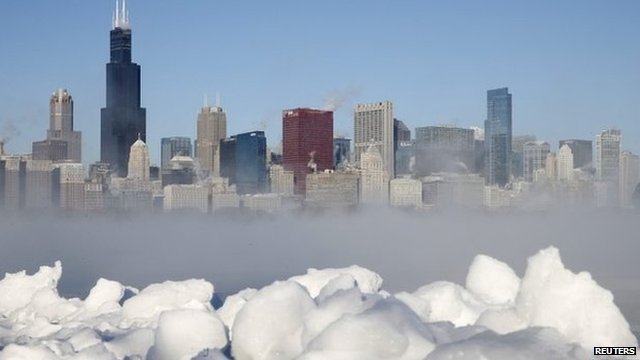 US forecasters are warning that the freezing weather is heading east

From Montana to Maryland, about half of the US population has been placed under a wind chill warning or advisory.

In Canada, the province of Ontario is facing temperatures of -40C (-40F) with wind chill.

Thousands of flights have been grounded, and residents told their skin could freeze if they go outside.

People on the US north-east coast were warned to prepare themselves for the cold front sweeping in on Tuesday from the Midwest.

Temperatures were set to plummet overnight in New York and Washington DC by as much as 45 degrees, from unseasonably clement highs a day earlier.

New York Governor Andrew Cuomo announced that parts of major highways would be closed in preparation for the extreme weather, which could see the mercury plummet to -26C (-15F) overnight with wind chill.

The polar blast was threatening crops and livestock across the American farm belt, even in the usually temperate Deep South.

The sub-zero snap was expected to reach as far south as Texas and central Florida, the National Weather Service said.

Tennessee and Kentucky were forecast to receive several inches of snow.

The weather has been blamed for at least 16 deaths in recent days, including:

Meteorologists said some 187 million people in all would be able to feel the effects of the cold snap by Tuesday.

It has been widely blamed on a shift in the weather pattern known as the “polar vortex”.

In Comertown, Montana, on Monday the temperature sank to -53C (-63F) with wind chill.

The state of Minnesota saw the mercury plummet to -48C (-56F) by the same measure.

The South Pole, and Irkutsk, Siberia, by comparison, jointly basked in a relatively balmy -33C.

More than 4,500 US flights were cancelled just on Monday in the US because of the extreme weather.

JetBlue Airways suspended nearly all operations at airports in Boston and around New York City until midday on Tuesday. 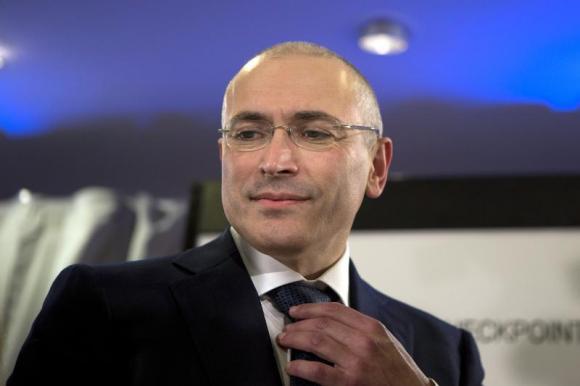