Nia Long was happy to start a family with her longtime boyfriend Ime Udoka, but the actress is in no rush to tie the knot.

“Marriage is not a priority for me. I’m not saying I’ll never do it; It’s just not where we are as a family,” Long said in the August cover story of Essence magazine.

“I’ll be at home with my man, having a perfectly loving time, and I’ll see all these comments on some site about how wrong I am for not being married,” Long continued. “I don’t feel less loved or less loving because I’m not married.”

The 41-actress and Udoka welcomed their son Kez Sunday Udoka in November. Kez was the first child for Udoka, 33, and the second for Long, who had son Massai, 10, from her previous relationship with her ex-fiance, actor Massai Z. Dorsey.

“Massai’s dad and I have had the most challenging times, and I wasn’t always sure we wouldn’t end like my mother and father,” she said of the former relationship. “But we’ve arrived at a place where I can truly say he’s not a baby daddy, he’s my friend, finally. He is an amazing father.”

Long has starred in films like “Big Momma’s House,” “Friday,” “Boiler Room” and “Are We There Yet.” She has also appeared on “The Fresh Prince of Bel-Air,” “Judging Amy,” “Third Watch” and “Chase.”

“Motherhood is not easy, but it’s natural,” Long told the magazine. “I worked hard to have the career I wanted, but I’ve also been deliberate about my personal life. None of this is a mistake.”

Udoka has played basketball with the San Antonio Spurs, the Portland Trail Blazers and the Sacramento Kings. He was most recently waived by the Spurs in January 2011 and has yet to sign with a new team. He plays internationally for the Nigeria national basketball team. 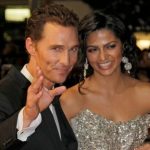 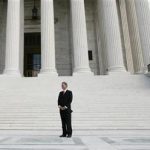 Kate and William angered by ‘grotesque’ invasion of privacy

Mali coup leader for outside help in north

Nia Long of ‘Big Momma’s House’: marriage is not a priority for me 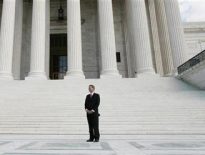 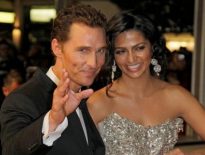