Reuters, which has collated results from three-quarters of Nigeria’s states as they’re broadcast live on state TV, reported that Buhari has so far obtained 11.5 million votes, Jonathan 9.5 million.

Electoral officers from each of the 36 states are taking turns declaring results from their respective states at the Independent National Electoral Commission.

The vote count was stopped Monday night and will resume at 10 a.m. Tuesday (5 a.m. ET), according to a tweet from Attahiru Jega, the chairman of the electoral commission. Jega will be the one to announce final results.

Violent protests after Nigeria’s presidential elections Saturday sparked calls for calm from the two main candidates and a warning by the United States and Britain against political interference.

Protesters fired gunshots and torched a local electoral office in Nigeria’s oil-rich Rivers state on Sunday as they marched to protest the elections, amid claims of vote-rigging and voter intimidation.

Heavy rain eventually forced the protesters to leave, but there are fears it will take more than rain to stop further protests and violence. More than 800 people were killed in post-election violence across Nigeria’s north in 2011 after charges that those elections were illegitimate.

Now Nigeria has just held what are thought to be the closest elections since a return to democracy in 1999 after decades of military rule. The two main candidates are incumbent Jonathan of the Peoples Democratic Party and retired Buhari of All Progressives Congress.

Jonathan and Buhari last week issued a pledge reaffirming their commitment to free, fair and credible elections after their signing of the Abuja Accord in January.

After the protests in Rivers, Buhari’s All Progressives Congress demanded the elections there be canceled. There’s been so much violence in Rivers state that it’s just not tenable, party spokesman Lai Mohammed said.

But the Peoples Democratic Party disputed the accusation, saying the election was credible and the result reflects the overwhelming wish of the people of Rivers state to support President Goodluck Jonathan.

Concerns over count
We are concerned by what seems to be happening, said Jega, the election chairman, about events in Rivers. Voting ended after problems with ballot papers and digital voting cards saw it extended to Sunday in some areas.

Britain and the United States entered the fray Monday with their top diplomats issuing a statement welcoming a largely peaceful vote but warning any political interference would contravene Jonathan and Buhari’s peace pact.

So far, we have seen no evidence of systemic manipulation of the process. But there are disturbing indications that the collation process — where the votes are finally counted — may be subject to deliberate political interference. This would contravene the letter and spirit of the Abuja Accord, to which both major parties committed themselves, U.S. Secretary of State John Kerry and UK Foreign Secretary Philip Hammond said.

Peaceful conduct
The fear is that the results may not be accepted by the loser. If the opposition believes it has been rigged out of victory by the ruling party, then the protests in Rivers could spread to northern Nigeria.

Both candidates have taken to social media to call for calm.

I want to urge all Nigerians to also wait patiently for the Independent National Electoral Commission, INEC, to collate and announce results, Jonathan said on his Facebook account.

Fellow Nigerians, I urge you to exercise patience and vigilance as we wait for all results to be announced, said Buhari on Twitter.

Boko Haram
Nigeria’s vote had been scheduled for February 14, but on February 7, Nigeria’s election commission announced it would be postponed for six weeks because of security concerns, with the military needing more time to secure areas controlled by extremist group Boko Haram. The controversial decision was unpopular among many Nigerians and led to widespread protests.

Jonathan has been criticized for not doing enough to combat Boko Haram, which is waging a campaign of terror aimed at instituting a stricter version of Sharia law in Nigeria.

On Saturday, residents in the northeastern state of Gombe said at least 11 people were killed and two more injured in attacks at polling stations, apparently by Boko Haram extremists.

In other attacks not believed to be related to voting, suspected Boko Haram militants decapitated 23 people in a raid Saturday night on Buratai village in northeast Nigeria’s Borno state, according to residents and Ibrahim Adamu, a local politician in the village.

Meanwhile on Monday, Nigeria’s police force issued a statement saying police and a local vigilante group had foiled an attack by unknown gunmen on the town of Tafawa Balewa in northeastern Bauchi state.

The assailants had stormed Tafawa Balewa town in a convoy of 18 Hilux vehicles and started firing sporadically, the statement said. After being forced to retreat and abandon four vehicles equipped with anti-aircraft machine guns, the attackers went to Jitar village, where they killed three male vigilante members, police said. Security forces had cordoned off the surrounding area, they said. 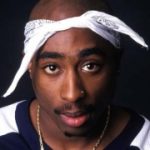 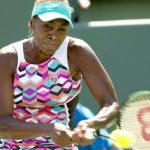 Exclusive: Ford board aims to pin down CEO Mulally’s plans

Hugh Jackman On Gay Rumors: Why They ‘Bug’ His Wife 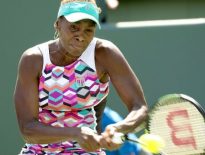 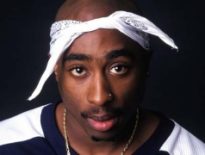