Quake rumours over new beached ‘sea serpent’ in US

Social media has lit up with earthquake rumours after a giant oarfish washed up on a California beach – the second such discovery in several days. 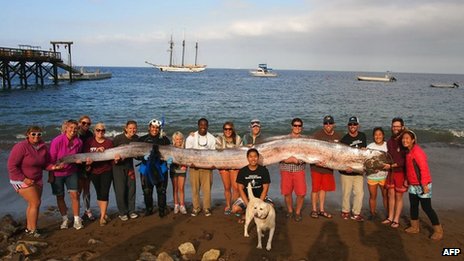 The Santa Catalina specimen was dissected and found to be healthy

The 4.3m (14ft) dead snake-like fish was found in the city of Oceanside – five days after another and larger specimen (5.5m) had been found.

But scientists remain sceptical of any link to increased tectonic activity.

They remain puzzled, however, by the two discoveries of this rare deepwater fish near the beach.

The larger specimen, found on Santa Catalina island, has now been dissected and it appears well-fed, healthy and with little sign of disease.

“It looks good enough to eat – if you have a 13ft pan,” biologist Ruff Zetter said.

Tests are also being done for radiation, following Japan’s Fukushima nuclear leak on the other side of the Pacific.

But it is also a rare chance to gather information about a little-known species that hovers vertically in the ocean and grazes on passing proteins.

The elusive fish – which can grow up to 15m – dives to depth of up to 1,000m and is found in all temperate to tropical waters.

Quake rumours over new beached ‘sea serpent’ in US 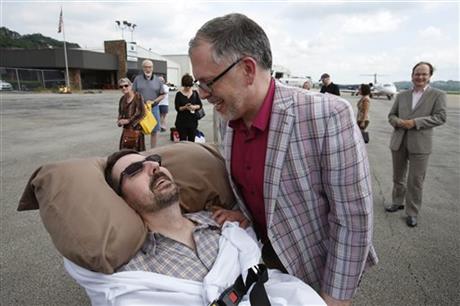 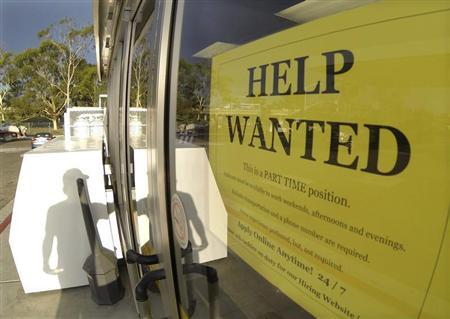