The rumours are hard to dismiss.

The French government has categorically denied that any public money was used to secure the release of the four French nationals kidnapped in 2010 at a uranium plant in Niger and held by jihadist bandits linked to the regional franchise of al-Qaeda in the Land of the Islamic Maghreb (Aqim).

“We don’t play that game,” said the French foreign minister when asked if his government had paid for their release.

He replied simply: “I think that what we must be rejoicing about is that the hostages who went through difficult ordeals, who were isolated for many months from their families, are free.”

But since there was no military assault involved in the hostages’ release, it is almost inconceivable that their captors would simply give up their prisoners for no reward.

Privately, some British officials are furious, as the concept of giving in to terrorist ransom demands runs directly contrary to the commitment undertaken by all the G8 leaders at the Loch Earn summit in Northern Ireland in June.

Whether it was the French government, the Niger government, the hostages’ employer Areva, or any other party that may or may not have paid a ransom, the indications are that a group of ruthless and dangerous men with guns is now roaming around the Sahara with a lot more money at their disposal.

So how much money is involved in Saharan kidnaps and where does it go?

The Texas-based US strategic analysis company Stratfor estimates that with the latest payments, Aqim has earned itself about $116m (£72m) in ransoms since 2003.

“We have seen ransom payments by the governments of Spain, Italy, France, Canada and Austria to see their citizens released from captivity,” said Stratfor Vice President of Africa Analysis Mark Schroeder.

This year a leaked Nigerian government report revealed that a ransom of $3.15m (£1.9m) was paid to the Nigerian extremist group Boko Haram by French and Cameroonian negotiators to secure the release of seven French hostages in April.

Ransoms are usually hard to trace and often delivered secretly in cash by intermediaries, making it easy for governments and companies to deny any involvement.

“There are bank accounts fixed up in Mauritania for exactly this purpose,” says analyst Sajjan Gohel of the Asia-Pacific Foundation.

“Hostage-taking in the Sahara is a massive business, where ideology comes secondary to money-making.

“You have a strange nexus in this region between Islamist radicals, bandits, drug-runners and people-smugglers. Jihadists there are very financially motivated”.

What happens to the money gathered through Saharan ransoms is no mystery.

Much of it goes towards buying the means to carry out more kidnappings: Procuring four-wheel drive jeeps, fuel, weapons and GPS systems.

It also pays bribes to border guards and other officials and “salaries” – inducements to young men with almost no employment prospects in one of the poorest areas of the world – to join a group with an extremist religious ideology that is not above making big money from crime.

But while all the G8 governments have now theoretically signed up to a no-ransoms agreement on paper, in practice the will to comply is still somewhat short of universal.

Kidnappers know only too well the embarrassment and discomfort caused to western governments by the pitiful sight of their nationals seen pleading on hostage videos posted online.

They have become adept at hiding their captives in obscure, remote places, often separating them, so that military rescue missions by special forces have only a small chance of success.

A British attempt last year to free a Briton and an Italian held by Nigerian militants resulted in both their deaths.

European governments and their counter-terrorism officials will also have noted that Britain’s hard line refusal to make substantive concessions to kidnappers comes at a heavy price.

When Saharan jihadist bandits kidnapped a group of European tourists in Mali in 2009 and held them for ransom the only one to be murdered was the Briton, Edwin Dyer.

All the others were released, reportedly for ransoms, which critics say have gone on to perpetuate the cycle of violent kidnappings in the Sahara. 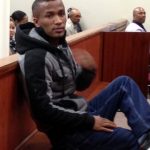 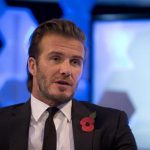 A Minute With: Neil Young on his new album, film 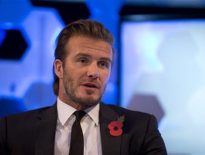 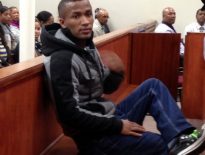