YANGON, Myanmar (AP) — A hand-knit woolen sweater made by Nobel laureate Aung San Suu Kyi has sold at an auction in Myanmar for $49,000.

A Myanmar-based radio station won a bidding war for the sweater during an auction Thursday night held by Suu Kyi’s opposition party. The bidding started at $6,000.

Suu Kyi knitted the sweater – a red, green and blue V-neck – almost 30 years ago when she was living in England and raising her two children, said Ko Ni, a close aide.

“She made it when she was busy working, studying and taking care of her children,” Ko Ni told The Associated Press on Friday. “She wants to send the message that people should not stay idle but be diligent.”

Suu Kyi, a 67-year-old former political prisoner and winner of the 1991 Nobel Peace Prize, has become Myanmar’s biggest celebrity as the country transitions from a half-century of military rule. She is generally guarded about the family she left behind in England.

The Oxford graduate was raising two young sons with her late British husband when she returned to Myanmar in 1988 to nurse her dying mother. As daughter of the country’s independence hero, Gen. Aung San, who was assassinated in 1947 when she was just 2, Suu Kyi found herself thrust into the forefront of pro-democracy protests against the military regime.

Over the next two decades, she became the world’s most famous political prisoner and won the adoration of her people, who call her “Amay Suu” – or “Mother Suu,” partly because she chose to stay with them over her own children. She declined opportunities to leave Myanmar, fearing she would not be allowed to re-enter.

Since her release from house arrest in 2010, Suu Kyi has reunited with her sons and completed a stunning trajectory from housewife to political prisoner to opposition leader in Parliament.

The sweater’s proud new owner said it was worth the money.

“It is priceless because the sweater was made my `Amay’ herself,” said Daw Nan Mauk Lao Sai, chairwoman of Shwe FM radio station.

“I bought the sweater because I value the warmth and security it will give,” she said, adding that she plans to hang it up in the station’s office for the whole staff to see. She said the 41,500,000 kyat, or $49,000, spent on the sweater was for a good cause.

The auction was part of a fundraising concert organized by Suu Kyi’s National League for Democracy party to raise money for education of poor children in Myanmar, an impoverished Southeast Asian nation also known as Burma. 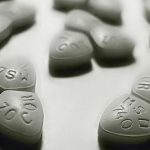 Drug shortages negatively affect outcomes for children, according to study 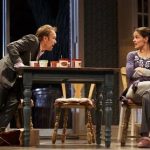 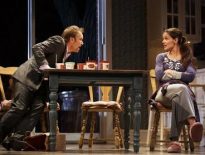 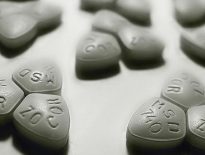