(Reuters) – – The Western-backed Syrian opposition agreed to participate in international peace talks in Geneva, the Syrian National Coalition said in a statement early on Monday.

The statement, translated from Arabic, outlined conditions that must be met before the talks, which aim to end Syria’s two-and-a-half year civil war, by creating a transitional governing body.

The Syrian National Coalition’s leader has expressed a willingness to attend the U.S. and Russian sponsored talks but this is the first time the group as a whole has committed to the proposed conference, while making stipulations.

It was hoped that the talks would take place before the end of November but the Syrian coalition’s failure to come up with a clear stance, as well as differences between Washington and Moscow over the purpose of the talks and opposition representation made delays likely.

The coalition held that previous commitments, such as the aims set out at a first round of Geneva talks and the discussions in London at the end of October, should form the basis for further discussions.

On Monday, the coalition’s statement said there must be a guarantee that relief agencies would be allowed access to besieged areas, the release of political prisoners and any political conference should result in a political transition, the statement said.

Major Islamist rebel brigades have declared their opposition to the Geneva process if the conference does not result in Assad’s removal and some have said they would charge anyone who attended the planned international talks with treason.

With this resistance in mind, Monday’s statement said that a committee had been assigned to continue talks with revolution forces inside and outside Syria to explain its stance on “Geneva 2,” as the talks are referred to in diplomatic circles.

The Syrian National Coalition reached the consensus decision after two days of discussions.

All we can do is hope is that these (Geneva) talks will end with the departure of Bashar al-Assad, said Adib Shishakly, a member of the coalition.

The coalition’s general assembly meeting was set to continue through Monday and to approve a cabinet, led by Ahmad Tumeh, which would get to work trying to restore order in rebel-held areas. 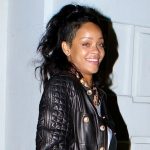 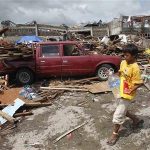 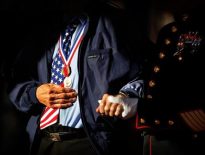 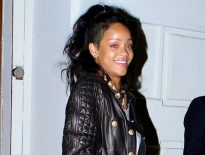