For visitors to Yamoussoukro, the official capital of Ivory Coast, and the birth place of its first president, the crocodiles are a major attraction, especially at feeding time.

For close to four decades Dicko Toki, originally from neighbouring Mali, was in charge of feeding the sacred animals.

He knew them all by name and they responded to his call – Capitaine, Chef de Cabinet, Commandant – authoritarian names, for these were the guardians of Ivory Coast’s founding father, Felix Houphouet-Boigny, who governed for 33 years and shared Dicko’s nickname – Le Vieux (the old).

Le Vieux Dicko carried out his dangerous work for years but the best he could offer his family was a simple one-storey home around a crowded courtyard.

His boss, President Houphouet-Boigny lived in rather grander style. He turned his ancestral land into a vast presidential palace dubbed the Versailles of Africa.

In 1983, the small home town became the “capital in the jungle” – with a seven-storey convention centre, the world’s biggest church – imagine Rome’s Saint Peter’s surrounded by a tropical swamp – and a world class golf course.

In 1994 President Houphouet-Boigny was buried inside the palace grounds, guarded by an artificial lake and the city’s sacred crocodiles.

A good friend of mine says that on the day of Houphouet-Boigny’s funeral he saw with his own eyes a man screaming “Houphouet is dead, why should I live?” before throwing himself in the lake where the crocodiles had him for dinner.

The palace is not open to visitors, but the lake is something of a tourist attraction. At exactly five o’clock, they head to the lake in front of the imposing palace gates for feeding time – Dicko Toki’s moment in the limelight.

The crocodiles – and there are at least a dozen – get around 30kg of meat a day, and other treats.

Most days visitors – often Ivorian – pay Dicko and his assistants for the privilege of watching a live chicken being thrown to the waiting reptiles. I have been there myself – microphone primed for that dying squawk and crunch of bone and feathers. The poor things rarely last more than a few seconds.

The evening feeding frenzy is at once intriguing and horrifying. The Nobel-prize-winning author V S Naipaul was captivated by the ritual, which formed a central part of his essay The Crocodiles of Yamoussoukro, published in 1984.

These sacred beasts made him wonder if Africa could ever be modern.

Houphouet-Boigny – still president at the time – was on the one hand a head of state, who had studied medicine, served as a government minister in France and now ruled what was then considered one of Africa’s most successful modern countries.

On the other hand – he was a tribal chief, living in a giant palace protected by sacred crocodiles, who – the rumours said – required sacrifices.

The crocodile feeding was, according to Naipaul, a “public ceremony of kingship”. The crocodiles, it was said, could warn the president of trouble with a simple move of the head.

Crocodiles have a mythic role for Ivory Coast’s largest ethnic group – the Baoule, who live around Yamoussoukro.

The ethnic group of Houphouet-Boigny fled from what is now Ghana three centuries ago – and to cross a river, the river god told the queen to sacrifice her only child.

When this was done, the tribe was able to cross the river on the backs of hippos and crocodiles who lined up to form a bridge.

A Baoule proverb says: “When in the middle of a river, do not insult the crocodile.”

Dicko did not insult the crocodiles. Instead he had a reputation as their dedicated master and carer. Many said they could communicate with each other. Dicko made a regular show of pulling the giant monsters by their tail – posing for photographs next to a carpet of carnivores.

Dicko’s final day at work was during the Muslim festival at the end of the Ramadan fast.

Like many other Ivorian Muslims that day, he was wearing the long-flowing boubou and with his rusty machete in one hand he could have been a Jedi knight from the Star Wars films.

For once, Dicko was not quite as sure-footed as in the days when Houphouet-Boigny was alive.

As he skipped over the last crocodile on his way to the barrier, the reptile caught hold of his robe. Not something he had not dealt with before but as he swung his machete, he lost balance and fell to the ground.

One of the biggest crocodile – Chef de Cabinet – was nearby to make sure he did not stay on the ground for long. This being modern Africa, at least two people were filming at the time and captured the crowd’s chilling screams.

By several accounts though, the Vieux did not cry out as the crocodile took him out to the middle of the lake.

His family buried him last week, though none of his remains have been recovered.

The governor of Yamoussoukro, Augustin Thiam – an urbane intellectual, related to Houphouet-Boigny, summed up the shock many Ivorians felt: “Perhaps there is a message behind this,” he said. “We need perhaps to consult the spirits”.

Naipaul would not be surprised. 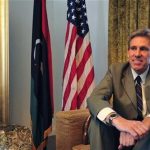 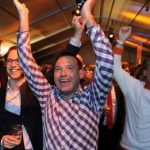 The crocodile feeder of Ivory Coast 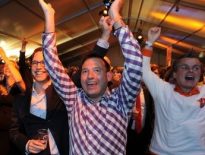 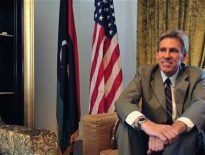