(Reuters) – As a mid-level U.S. diplomat, Chris Stevens dreamed up the idea of building bridges with Iran by having the United States extend greetings to the country on Nowruz, the Persian New Year. He took the plan to then-U.S. Secretary of State Madeleine Albright, who quickly blessed it.

“That was easy,” Stevens told Albright, according to a State Department colleague knowledgeable about the conversation in the late 1990s.

“Yeah, not like most stuff in this building,” replied Albright, who later turned to him for other ideas on easing tensions between the two nations.

Laconic, creative and charming, Stevens died on Tuesday when Islamist gunmen attacked the U.S. consulate in Benghazi, killing the U.S. ambassador to Libya along with three other Americans.

Current and former colleagues describe Stevens, 52, as a man of decency and intelligence whose easy manner belied a serious mind, a competitive spirit and a yen for tough assignments.

In some ways, his career pinnacle may have been his assignment last year to Benghazi as the U.S. emissary to the Libyan rebels who brought down dictator Muammar Gaddafi, a job that led to his elevation to ambassador this May.

“He really is a throwback to a bygone era, if you will, of what I would call the intrepid Arabist,” said a State Department colleague who, like others, did not wish to be quoted by name about Stevens so soon after his death.

“He was a ‘have satellite phone, will travel’ kind of guy,” the colleague added.

“They just killed the best of the next generation in the inner sanctum of the foreign service,” said a retired senior U.S. diplomat who knew Stevens, describing him as a trustworthy and light-hearted man who made friends easily.

The first U.S. ambassador to be killed in an attack since 1979, Stevens was hailed on Wednesday as a skilled diplomat who far preferred working in the field to working in Washington.

The California-born veteran diplomat, an Arabic and French speaker, served as deputy mission chief in Tripoli between 2007 and 2009, in the waning years of Gaddafi’s mercurial and brutal rule in the oil-rich country.

As the country dissolved into civil war, he was appointed the U.S. envoy to the Transitional National Council, which was coordinating the revolt against Gaddafi. He returned aboard a Greek cargo freighter that docked in Benghazi in April 2011.

A BARGE TO BENGHAZI

Another colleague described getting a puckish email from Stevens composed from her elegant former office at the U.S. Embassy in Rome and teasing her for having given up the sweet life in the Italian capital for an assignment in Iraq.

“I said, ‘What the hell are you doing there?’ and he said, ‘I am waiting for my barge to take me to Benghazi,'” she recalled.

U.S. President Barack Obama, who vowed to bring the killers to justice, stressed Stevens’ deep ties to Libya and his commitment to helping Libyans build a nascent democracy out of the chaos of war.

“It is especially tragic that Chris Stevens died in Benghazi because it is a city that he helped save,” Obama said Wednesday. Benghazi was the cradle of the anti-Gaddafi revolt.

“He risked his life to stop a tyrant, then gave his life trying to help build a better Libya. The world needs more Chris Stevenses,” Secretary of State Hillary Clinton said Wednesday.

Stevens graduated from the University of California at Berkeley in 1982 and taught English as a Peace Corps volunteer in Morocco, where “Stevens fell in love with the Middle East,” Clinton said. He earned a law degree in 1989.

At age 31, Stevens joined the foreign service in 1991 and had postings in Cairo, Damascus, Riyadh and Jerusalem, before working in Libya. With blond hair, a winning smile and an athletic build, he had what one colleague called a “lethal” tennis game.

Having spent a career operating in dangerous places, Stevens chafed at the limitations required by security, said foreign correspondents who knew him. As a young political officer, Stevens made a point to visit the volatile West Bank. Recently, he went for daily runs in the Libyan countryside.

Stevens’ return to Benghazi came when the rebel stronghold provided uncertain footing for a diplomatic mission, with its staff forced to spend their first night aboard a ship and later removed from their first home after a car bombing, according to an account in a State Department magazine.

As he began his assignment as the U.S. ambassador to Libya, Stevens made clear to friends and in public that he regarded the assignment as a chance of a lifetime.

“I was thrilled to watch the Libyan people stand up and demand their rights,” he said in a video made this year. “I’m excited to return.”

Friend Robin Wright, a journalist who has worked extensively in the Middle East and is now a scholar at the United States Institute of Peace, called Stevens’ death a “travesty.”

“He did what a lot of diplomats either can’t or won’t do: he gets out and he knows everybody,” Wright said. 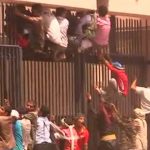 US embassy in Yemen stormed in film protest 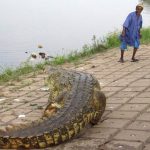 The crocodile feeder of Ivory Coast

Austerity is a dirty word in Europe but what next?

From a young age, no one could tame Evan Ebel 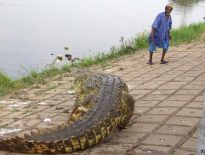 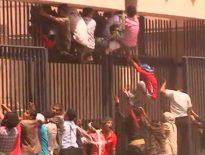 Asia US embassy in Yemen stormed in film protest