(Reuters) – Turkish troops and military vehicles deployed towards the border with Syria on Thursday as a precaution after Prime Minister Tayyip Erdogan gave orders to react to any Syrian threat approaching the frontier.

Erdogan, who has given shelter in the border area to rebels fighting Syrian President Bashar al-Assad, announced the new rules of engagement for Turkish troops on the border after Syrian air defenses shot down a Turkish warplane last Friday.

“I can confirm there are troops being deployed along the border in Hatay province. Turkey is taking precautions after its jet was shot down,” a Turkish official said on condition of anonymity.

He said he did not know how many troops or vehicles were being moved but said they were being stationed in the Yayladagi, Altinozu and Reyhanli border areas of Turkey’s southern Hatay province. He said anti-aircraft guns were also being stationed along the border.

A military convoy of vehicles including anti-aircraft missile launchers from the 5th Mechanized Armored Brigade left a base in the southeastern city of Gaziantep on Thursday and travelled to neighboring Kilis province on the border, video from the Turkish Dogan news agency showed.

Roads were closed to traffic as the convoy, escorted by police cars, passed by.

Another convoy of about 30 military vehicles, including trucks loaded with missile batteries, left Turkey’s coastal town of Iskenderun on Wednesday and deployed near the Syrian border 50 km (30 miles) away, Turkish news agencies said.

Turkish television film showed the column moving on Wednesday, escorted by police cars, along a narrow highway leading out of the town, the main port of Turkey’s Hatay province. It included rocket launchers on transporters, anti-aircraft artillery and military ambulances.

Erdogan said any military element moving towards the Turkish border and deemed threatening would be declared a military target. The preponderance of air defense weapons in the convoy suggested Turkey was preparing for any possible approach by Syrian helicopters or warplanes.

State-run Anatolia news agency said armored military vehicles were being transported to military installations in Sanliurfa, in the middle of Turkey’s border with Syria, and Hatay, a panhandle province that juts down into Syria.

It said several military vehicles had travelled separately to a military garrison in the border town of Reyhanli in Hatay.

Specific details have not been made public of the new rules of engagement issued to troops after the shooting down of the warplane, which Turkey says was in international air space but Syria says entered its territory at high speed.

The Turkish border region is sheltering more than 33,000 Syrian refugees as well as elements of the rebel Free Syrian Army. 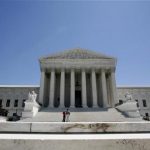 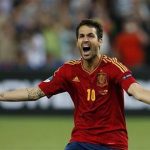 Harry Potter and the “strange” case of Oscars snub 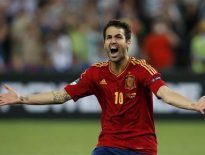 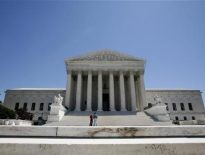