By Mohammed Ghobari and Edmund Blair

SANAA/CAIRO (Reuters) – Demonstrators attacked the U.S. embassies in Yemen and Egypt on Thursday in protest at a film they consider blasphemous to Islam, and the United States sent warships toward Libya, where the U.S. ambassador was killed in related violence this week. 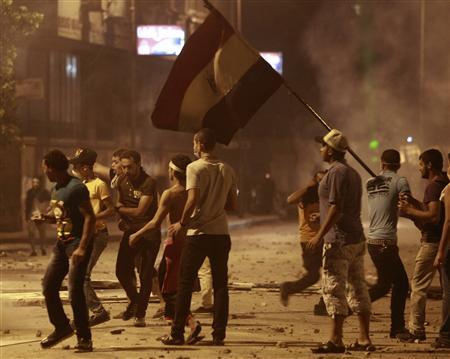 Protesters take their positions during clashes with riot police along a road at Kornish El Nile in the tunnel which leads to the U.S. embassy, near Tahrir Square in Cairo September 15, 2012. Clashes near the U.S. Embassy in central Cairo between police and Egyptians incensed over a film denigrating the Prophet Mohammad entered their fourth day early on Saturday, leaving one protester dead and dozens more injured. REUTERS/Amr Abdallah Dalsh

In Libya, authorities said they had made four arrests in the investigation into the attack that killed Ambassador Christopher Stevens and three other Americans in Benghazi on Tuesday.

U.S. President Barack Obama, facing a new foreign policy crisis less than two months before seeking re-election, has vowed to bring to justice those responsible for the Benghazi attack, which U.S. officials said may have been planned in advance – possibly by an al Qaeda-linked group.

Secretary of State Hillary Clinton said Washington had nothing to do with the crudely made film posted on the Internet, which she called “disgusting and reprehensible.”

The amateurish production, entitled the “Innocence of Muslims,” and originating in the United States, portrays the Prophet Mohammad as a womanizer, a homosexual and a child abuser.

For many Muslims, any depiction of the Prophet is blasphemous and caricatures or other characterizations have in the past provoked violent protests across the Muslim world.

Demonstrations spread further on Thursday, with U.S. embassies again the targets of popular anger among Muslims questioning why the United States has failed to take action against the makers of the film.

Hundreds of Yemenis broke through the main gate of the heavily fortified U.S. Embassy compound in Sanaa, shouting, “We sacrifice ourselves for you, Messenger of God.” They smashed windows of security offices outside the embassy and burned cars.

A security source said at least 15 people were wounded, some by gunfire, before the government ringed the area with troops.

In Egypt, protesters hurled stones at a police cordon around the U.S. Embassy in Cairo after climbing into the compound and tearing down the American flag. The state news agency said 13 people had been hurt in violence since late on Wednesday.

About 200 demonstrators gathered outside the U.S. Embassy in Kuwait and hoisted banners, one of which bread in English: “USA stop the bullshit. Respect us.”

In Bangladesh, Islamists tried to march on the U.S. Embassy in Dhaka, and Iranian students protested in Tehran. Earlier in the week, there were protests outside U.S. missions in Tunisia, Morocco and Sudan and state-backed Islamic scholars in Sudan have called a mass protest after Friday prayers.

The U.S. ambassador to Libya was killed during a protest against the film when Islamists armed with guns, mortars and grenades staged military-style assaults on the Benghazi mission.

A Libyan doctor said Stevens died of smoke inhalation. U.S. information technology specialist Sean Smith also died at the consulate, while two other Americans were killed when a squad of security personnel sent by helicopter from Tripoli to rescue diplomats from a safe house came under mortar attack.

Clinton identified the two as Tyrone Woods and Glen Doherty, former Navy SEALS who died trying to protect their colleagues.

In a statement, she said both Woods and Doherty had lengthy experience in Iraq and Afghanistan. It did not say in what capacity they were working in Benghazi.

In an interview with ABC News last month, Doherty, 42, said he was working with the State Department on an intelligence mission to round up and destroy shoulder-fired surface-to-air missiles.

Thousand of those missiles disappeared in Libya after Muammar Gaddafi’s overthrow by in a U.S.-backed uprising last year, prompting concerns they could end up in the hands of al Qaeda militants.

Stevens, 52, had spent a career operating in perilous places, mostly in the Arab world, and became the first American ambassador killed in an attack since Adolph Dubs, the U.S. envoy to Afghanistan, died in a 1979 kidnapping attempt.

Tuesday’s incident, on what was the 11th anniversary of al Qaeda’s attacks on the United States on September 11, 2001, has created a worrying foreign policy crisis for Obama ahead of his re-election bid.

Speaking at a campaign rally in Colorado on Thursday, Obama said he had ordered his administration to do whatever was necessary to protect Americans abroad and that aides had been in contact with other governments “to let them know they’ve got a responsibility to protect our citizens.”

The U.S. military has dispatched two destroyers toward the Libyan coast, in what an official said was a move to give the administration flexibility for any future action. The USS Laboon, was already in position and the other destroyer, the USS McFaul, was at least a day away, a U.S. official said.

Republican Mitt Romney, Obama’s challenger, criticised the president’s response to the crisis earlier this week, saying it was disgraceful to be seen to be apologizing for American values of free speech.

Obama’s campaign accused Romney of trying to score political points at a time of national tragedy and the challenger also provoked some criticism from within his own party.

Campaigning on Thursday, Romney stopped short of repeating the charge, but said that under Obama the United States seemed to be at the mercy of world events rather than shaping them, and argued for a stronger military, at a time when U.S. armed forces are facing an unprecedented budget squeeze.

The administration again sought to calm Muslim tensions on Thursday.

Clinton said Washington rejected the film’s message absolutely, and added, “It appears to have a deeply cynical purpose: to denigrate a great religion and provoke rage.”

At the same time, Clinton noted U.S. religious tolerance and commitment to freedom of speech and said there was no justification for violence.

“I know it is hard for some people to understand why the United States cannot or does not just prevent these kinds of reprehensible videos from ever seeing the light of day,” she said. “I would note that in today’s world, with today’s technologies, that is virtually impossible.

“But even if it were possible, our country does have a long tradition of free expression which is enshrined in our constitution and our law. And we do not stop individual citizens from expressing their views no matter how distasteful they may be.”

Among the assailants in Benghazi, Libyans identified units of a heavily armed local Islamist group, Ansar al-Sharia, which sympathizes with al Qaeda and derides Libya’s U.S.-backed bid for democracy.

U.S. officials said there were suggestions members of al Qaeda’s North Africa-based affiliate may have been involved.

Libya’s new prime minister, Mustafa Abu Shagour, confirmed arrests had been made and more could be expected.

“We don’t know if they are affiliated with a particular group or not, there are a lot of suspicions, but … we have to go through with the investigation and find out who these people are and if they belong to a particular group, then we have to deal with that group,” he said.

A spokesman for Ansar al-Sharia denied involvement in the attack and blamed the violence on firing on the protesters by consulate staff.

“It was a peaceful protest, and the firing on the protesters inflamed the situation and gave it a different course,” Hani Mansouri told a news conference in Benghazi.

At the same time, Mansouri said the United States should have had the wisdom to evacuate its ambassador on the September 11 anniversary as a precaution.

Yemen, a key U.S. ally, is home to Al Qaeda in the Arabian Peninsula, or AQAP, viewed by Washington as the most dangerous branch of the militant network established by Osama bin Laden.

Clashes near the U.S. Embassy there flared up on and off but died down as night fell. Residents living nearby said they feared more violent protests after Friday prayers.

“It is a dangerous situation,” one resident told Reuters. “I cannot wait until the morning to move my family to another neighborhood until the situation is totally calm.”

In Nigeria, the government put police on high alert and stepped up security around all foreign missions, also fearing an Islamist backlash, possibly after Friday prayers.

An actress in the California production that has provoked the unrest said the video as it appeared bore no resemblance to the original filming. She said she had not been aware it was about the Prophet Mohammad.

Many Muslim states focused their condemnation on the film and will be concerned about preventing a repeat of the fallout seen after publication in a Danish newspaper of cartoons of the Prophet Mohammad. That touched off riots in the Middle East, Africa and Asia in 2006 in which at least 50 people were killed.

Afghan President Hamid Karzai has called the making of the movie a “devilish act,” but said he was certain those involved in its production were a very small minority.

The U.S. Embassy in Kabul has appealed to Afghan leaders for help in “maintaining calm” and Afghanistan ordered the YouTube site shut down so Afghans would not be able to see the film. YouTube, owned by Google Inc, said it would not remove the clip but had blocked access in Egypt and Libya.

Libyan leader Mohammed Magarief and Yemeni President Mansour Hadi both apologized to the United States over the attacks and Egypt’s Islamist president, Mohamed Mursi, condemned them on television while also rejecting any “insult to the Prophet.”

“Nothing justifies such killings and attacks,” Ban’s press office said, adding he condemned “the hateful film that appears to have been deliberately designed to sow bigotry and bloodshed.” 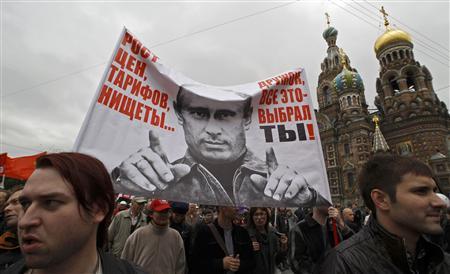 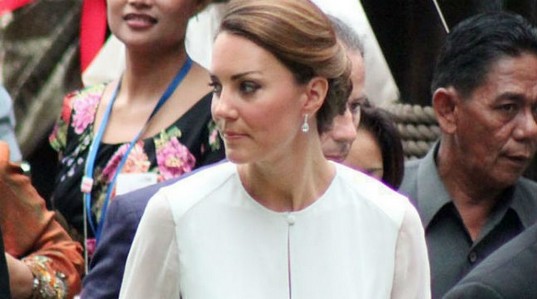