DUBAI, United Arab Emirates (AP) — The first female air force pilot in the United Arab Emirates led airstrikes against Islamic State militants in Syria earlier this week, the federation’s ambassador to Washington said on Thursday as he pledged his country will do whatever is necessary to defeat the militant group. 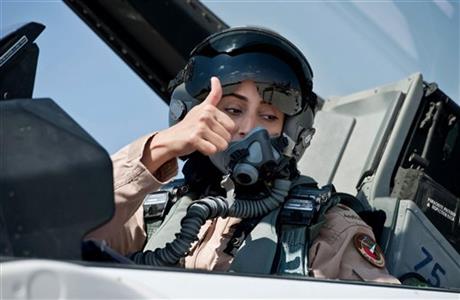 This June 13, 2013 photo provided by the Emirates News Agency, WAM, shows Mariam al-Mansouri, the first Emirati female fighter jet pilot gives the thumbs up as she sits in the cockpit of an aircraft, in United Arab Emirates. A senior United Arab Emirates diplomat says the Gulf federation’s first female air force pilot helped carry out airstrikes against Islamic State militants earlier this week. The Emirati embassy in Washington said on its official Twitter feed Thursday, Sept. 25, 2014 that Ambassador Yousef al-Otaiba confirmed the F-16 pilot’s role. Rumors had swirled on social media that Maj. Mariam al-Mansouri was involved in the strikes, but Emirati officials had not previously confirmed that was the case.(AP Photo/Emirates News Agency, WAM)

Social media has been buzzing with rumors that F-16 pilot Maj. Mariam al-Mansouri played a part in attacks against the jihadist group, with many users taking delight in the rebuke it implied toward the militants’ ultraconservative ideology.

Ambassador Yousef al-Otaiba’s comments were the first public confirmation of her role.

She is a fully qualified, highly trained, combat-ready pilot, and she led the mission, al-Otaiba said during an appearance on American cable channel MSNBC’s Morning Joe. The Emirati embassy quickly posted word of the diplomat’s confirmation on its official Twitter feed.

The Emirates, a seven-state federation that includes the capital of Abu Dhabi and the Mideast commercial hub of Dubai, is one of five Arab countries that have joined the U.S.-led coalition carrying out the airstrikes in Syria. It is a major buyer of American-made weapons, with an arsenal that includes F-16 fighter planes and Apache attack helicopters.

Al-Mansouri was born in Abu Dhabi and graduated from the country’s Khalifa bin Zayed Air College in 2007, according to a profile earlier this year in the government-owned newspaper The National. She is one of eight children and has a degree in English literature.

Sorry #ISIS, I know this too much and so harsh but it’s real, taunted Twitter user @kafrev, which purports to represent an opposition-held town in Syria, using an alternate name for the Islamic State group. A woman bombed you!

Emirati leaders have taken steps to raise the status of women in the oil-rich country, which has modernized rapidly since its formation in 1971 and is now home to a cosmopolitan blend of foreign businesspeople, expatriate professionals and low-paid migrant workers who together far outnumber the local population.

Al-Otaiba linked al-Mansouri’s role to the campaign to defeat the Islamic State group.

Do you want a model or a society that allows women to become ministers in government, female fighter pilots, business executives, artists? Or do you want a society where if a woman doesn’t cover up in public she’s beaten or she’s lashed or she’s raped? This is ultimately what this breaks down to, he said.

It is important that moderate Arab and Muslim nations take a stand against the Islamic State militants, al-Otaiba said, describing the group as a threat to our way of life.

We will bring whatever is necessary to defeat ISIS, he added. 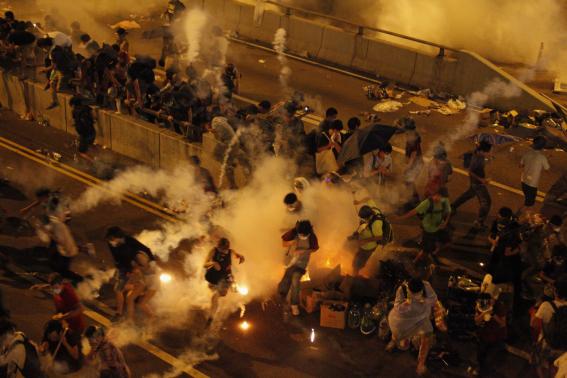 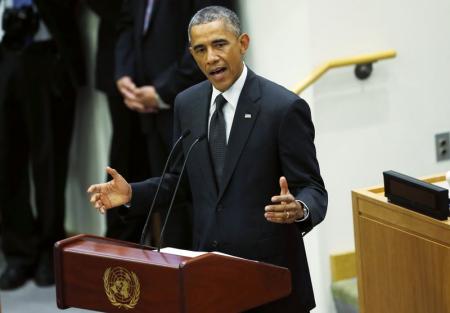