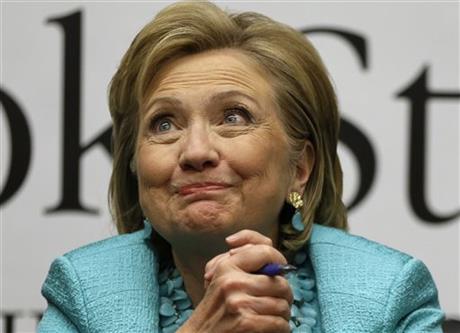 FILE – This June 16, 2014 file photo shows former Secretary of State Hillary Rodham Clinton reacting to a customer at a signing for her new book “Hard Choices,” at Harvard Book Store in Cambridge, Mass. Clinton’s “Hard Choices” sold well enough during its first week to make it among the year’s most popular nonfiction books. But its opening was also far slower than that for her previous memoir, “Living History.” According to Simon & Schuster, “Hard Choices” has sold more than 100,000 copies since coming out June 10. By comparison, first week sales in 2003 for “Living History” were around 600,000 copies. (AP Photo/Steven Senne, File)

“We’re elated,” said Simon & Schuster’s president and publisher, Jonathan Karp, who declined to offer a more specific sales figure. “This book is on a trajectory to be the best-selling nonfiction book of the year.”

“Hard Choices” sold well enough to earn the coveted No. 1 spot on the nonfiction hardcover list of The New York Times that comes out June 29. But its debut was also far slower than that for her previous memoir, “Living History,” which sold around 600,000 copies during its first week.

Anticipation for “Hard Choices,” which covers her four years as secretary of state, focused more on whether it would include any hints that she was running for president.

“Hard Choices,” which also included little about her contentious primary campaign against Barack Obama in 2008, ends with Clinton saying she is still undecided about seeking the presidency again.

Karp noted another possible reason that first-week sales were stronger for “Living History”: It was a memoir by a former first lady as opposed to a book about being secretary of state.

Both of Clinton’s memoirs have received mixed reviews, although that has not discouraged her most devoted fans. Some have been so anxious to see Clinton at one of her bookstore appearances that they have camped out on sidewalks the night before.

Compared with “Living History,” the new book came out in a far more difficult environment for nonfiction releases, which still sell primarily through paper editions. Since 2003, the Borders superstore chain has shut down and Barnes & Noble has been cutting back its physical presence.

E-books, virtually nonexistent in 2003, now account for about 30 percent of the market, and often much higher for fiction. Blockbuster novels such as John Green’s “The Fault in Our Stars” still sell millions of copies, a level of success increasingly rare for nonfiction.

“There are fewer places to buy books,” said Karp, who added that the “solid majority” of sales for Clinton’s 680-page memoir have been for the hardcover. “And ‘Hard Choices’ is the kind of nonfiction that tends to sell better in printed form because people like to have it on their shelves and go back and refer to it.”

Simon & Schuster has said the initial print run for “Hard Choices” was over 1 million copies, similar to the pre-publication total for “Living History.” Karp said he was confident “Hard Choices” would sell out its first printing because “Clinton looms so large as a figure on the world stage.”

As of Wednesday afternoon, “Hard Choices” was No. 4 on the best-seller lists for both Amazon.com and Barnes & Noble.com. 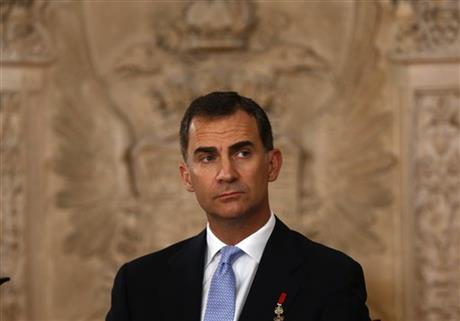 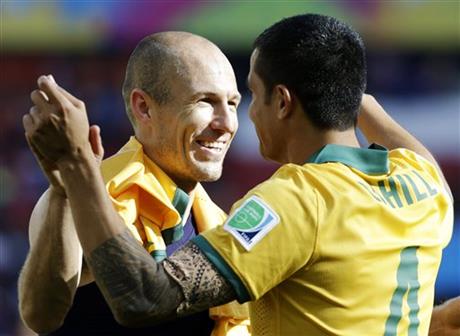