The visit comes after the 2022 US-Africa Leaders’ Summit, which was held from December 13–15. It was the second of its type, with the first one taking place in 2014. It included 49 delegations from African governments as well as one from the African Union.

According to the media, US Treasury Secretary Janet Yellen will begin her three-country African tour on Tuesday.
The travel time for the official is 11 days.

The trip takes place one month after the Washington, DC-based 2022 US-Africa Leaders’ Summit, which is widely considered as a component of US efforts to offset China’s expanding influence in Africa.

Yellen intends to travel to South Africa, Zambia, and Senegal.

Senegal is expected to have the fastest-growing economy in Africa by 2023 and is serving as the African Union’s chair this year.
The US Treasury reports that Yellen will meet with President Macky Sall of Senegal and make important statements on the US-African economic cooperation.

The Zambian president, Hakainde Hichilema, who was imprisoned as the head of the opposition before winning the election in 2021, would then be met by the Treasury Secretary.

The US had tense relations with Edgar Lungu’s administration, which was in power before Hichilema, because of that administration’s close ties to China.

Zambia is currently the best democratic story on the continent, according to Michelle Gavin, a senior fellow at the US Council on Foreign Relations and a former US ambassador to Botswana.

Zambia went into default on the loan in 2020 and subsequently requested debt restructuring under the G20 Common Framework.
Janet Yellen is one of the Western leaders who charged China, which is responsible for almost 30% of Zambia’s external debt, with deliberately delaying the Common Framework initiative.

China responded by claiming that international financial institutions, to which the governments of the continent owe the most in terms of foreign debt, are mostly to blame for Zambia’s and other African countries’ debt issues.

South Africa is Yellen’s penultimate stop on her travels.

She’s anticipated to push for a more expedited switch from the nation’s reliance on coal to green energy when speaking with local leaders.
Rich states promised the nation, which has been battling power shortages since 2007, $8.5 billion in assistance, largely in the form of loans.

BRICS, the grouping of the world’s four largest developing economies before South Africa joined in 2010, will be chaired by South Africa in 2023.

Several nations from around the world (including Algeria, Argentina, Egypt, Indonesia, Iran, Nigeria, Saudi Arabia, Turkey, and the United Arab Emirates) announced last year that they want to join the BRICS, which is considered as a group of nations attempting to challenge US supremacy.

According to recent reports, the ruling African National Congress of South Africa is in favor of BRICS growth. 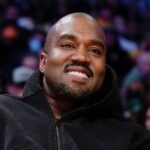 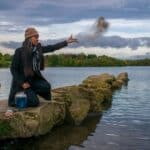 US: The US Treasury Secretary, Janet Yellen will begin a tour of three African countries, Next week. 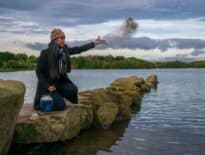 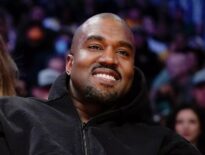