Police and federal law enforcement agencies were in the midst an all-out manhunt Thursday morning for the gunman they say is responsible for killing 9 people in a Charleston South Carolina church Wednesday night in what police described as a hate crime.

The suspect opened fire on a bible study group at the historic black Emanuel AME Church on Calhoun street, killing eight people in an unfathomable. Two other people were rushed to the hospital where one died.

The suspect was described as approximately 5-foot-9, wearing a sweatshirt with distinctive markings and Timberland boots, police said. Joining the search was the FBI and state law enforcement.

Police also said the car he was driving had a very distinctive license plate. Officials would not elaborate on the make and model of the car.

This is a all hands on deck effort with the community and law enforcement, Mullen said.

Police said they had set up a tip line – 1-800 CALL FBI, advised the public to be alert and said to call 911 and not approach.

When people go out they should be vigilant, Mullen said. 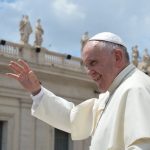 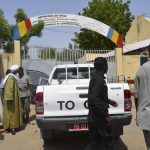 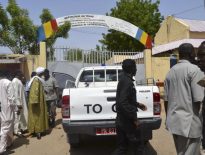 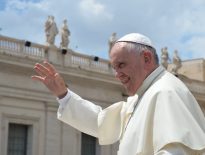