(Reuters) – The Vatican on Monday ordered Pope Benedict’s former butler to stand trial for leaking documents alleging corruption in the Holy See, revealing the involvement of a second Vatican employee and details of secret nocturnal meetings with a reporter.

A complex 35-page document on a scandal which has rocked the Holy See since butler Paolo Gabriele was arrested last May showed that the butler saw himself as an “infiltrator” of the Holy Spirit who wanted to clean up the Roman Catholic Church.

The indictment, which could lead to the most spectacular trial in the Vatican in 40 years, said computer expert Claudio Sciarpelletti would also stand trial on lesser charges of aiding and abetting a crime.

Sciarpelletti, who worked in the Vatican’s most important office – the Secretariat of State – was a close friend of Gabriele and investigators found a sealed envelope in his desk containing material published in a book based on the leaks.

Vatican spokesman Father Federico Lombardi downplayed Sciarpelletti’s role, saying he had spent only one night in jail in May and had been suspended from his job but not fired. If convicted, he would get “a light sentence,” Lombardi said.

He said the investigation was only partially closed and would continue for “other people who appear to be involved in these crimes.”

The long indictment offered clues to Gabriele’s motives and state of mind.

He told investigators he had acted because he saw “evil and corruption everywhere in the Church” and wanted to help root it out “because the pope was not sufficiently informed”.

In another section he was quoted as telling investigators that after he started copying documents and leaking them, “I reached the point of no return and could not control myself any more”.

He continued: “I was always interested in intelligence and in a way I thought that in the Church this role belonged to the Holy Spirit, and in a certain sense I saw myself as its infiltrator.”

BUTLER SAW CHURCH OFF THE RAILS

The butler told investigators he believed a shock “could be a healthy thing to bring the Church back on the right track.”

Lombardi said a trial would not be held before the end of September and the pope, as the sovereign head of the Vatican City, could intervene at any time to stop it or pardon Gabriele.

“It is up to the pope to decide. If the pope wants to pardon Gabriele, he will probably do it after the trial,” Lombardi said.

If found guilty, Gabriele, who worked in the pope’s private apartments serving him meals, helping him dress and riding in the front seat of the popemobile at general audiences, could face up to six years in jail.

Since the papal state has no prison, he would serve time in Italian jail unless he is pardoned.

Gabriele, 46 years old with a wife and three children, has joint Vatican and Italian citizenship.

A trial would be the most spectacular at the Vatican since 1971, when several Vatican telecommunications workers were found guilty of stealing gold coins and other objects from the desk of Pope Paul VI while the pontiff was away.

The indictment order also alleged that Gabriele gave copies of documents that he had already leaked to an Italian journalist to another person identified only as “B,” whom he considered his “spiritual father”.

“B” told investigators that he destroyed the documents because he knew that were linked to “an activity that was not legitimate and not honest”.

Spiritual fathers are usually priests but the indictment did not specify this.

The Vatican document also said that various gifts to the pope were found in Gabriele’s apartment in the Vatican, including a cheque made out to the pope for 100,000 euros ($124,000), a gold nugget and a 16th century book.

The documents leaked earlier this year alleged corruption in the Vatican’s dealings with Italian companies, including the payment of inflated prices for services. They also spoke of severe rivalries between cardinals and clashes over the running of the Vatican bank.

Gabriele told investigators how he photocopied documents from the papal apartments, brought them home, and made more copies on his computer. He details secret night-time meetings with an Italian journalist in an apartment near the Vatican.

The indictment was so complex that it included a Latin passage by 13th century philosopher and theologian St Thomas Aquinas on the relationship between free will and personal responsibility. 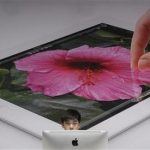 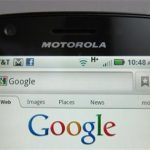 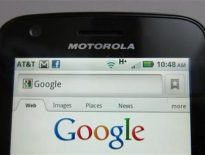 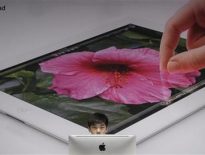