The move was aimed at appeasing critics of NBC’s strategy of delaying broadcasts of major Olympics events for prime time or requiring a cable subscription for online streaming – and could foreshadow how the Comcast Corp-owned network might handle its coverage of future Games.

NBC has managed to make the London Games the most-watched Olympics ever by tape-delaying marquee events to air in the evening in the United States, maximizing viewers and advertising dollars.

But media experts say this could very well be the last Olympics for which this model works, pointing to the ever-growing demand from consumers who want to be able to watch content on any device at any time they want. NBC paid $4.4 billion for the U.S. rights to the next four Olympics through 2020.

“The old way to think about media is what NBC is doing, saying, ‘We own this. You don’t. You can’t watch without us.’ And that’s the key change in media’s relationship with its public that the Internet brings on. That’s what NBC is not grappling with,” said City University of New York graduate journalism professor Jeff Jarvis.

NBC executives defended their strategy on a conference call on Thursday, pointing to the fact that the London Games have averaged around 35 million viewers, surpassing the previous record held by the Atlanta Games in 1996.

But the executives said they would consider new ways of covering future Olympics.

“I don’t rule anything out. We’ve got the Olympic Games through 2020 and the one thing we know for sure is that the media landscape is going to change,” he said.

Lazarus added that the company wants to “take in the data” and “analyze everything” before making any future coverage decisions.

Another option executives said they would consider is airing events live on TV as they happen and then re-running them again in prime time.

But with people consuming more and more online video every year and technology advancing in the living room, NBC will likely need to adopt some changes for the Rio Olympics in 2016, said Todd Gordon, executive vice president and U.S. director of MagnaGlobal, a media agency owned by Interpublic Group.

“The opportunity to get content on whatever screen you want will be even greater than it is now. It is going to be more and more difficult for them to keep that content off the screen in your living room,” Gordon said. “It probably won’t make sense for them to restrict it four years from now because most likely you’ll be able to get that online stream directly to your living room.”

One advantage NBC will have in 2016 is the smaller time difference between Brazil and the United States, which makes it easier to broadcast live events like the opening ceremony. The organizers for the 2014 winter games in Sochi, Russia, have not yet set a time for the opening ceremony. The host city for 2018 games is Pyeongchang, South Korea while the 2020 games have not yet been awarded.

“Our preference is to do things live in prime time where we can,” Lazarus said, noting that NBC Universal’s TV networks have so far aired almost two-thirds of the events from London live, or about 158.5 live hours out of 274 total hours.

Lazarus and NBC Research President Alan Wurtzel gave an impassioned defense on Thursday against critics who have stormed Twitter, Facebook and other social media to decry the network’s tape-delayed broadcasts, technical glitches with online streaming and heavy promotions.

While acknowledging that some of the criticism is fair, Lazarus said he did not think the complainers represented NBC’s wider Olympic audience.

“We listen. We read. We understand there are people that don’t like what we are doing, but we think that is a very loud minority and the silent majority has been with us for the first six days,” Lazarus said.

Wurtzel cited a survey of 1,000 people that showed those who heard about event results beforehand were more likely to tune into prime-time coverage.

Indeed, this year’s games represent the first time every Olympic competition is being made available online. According to a source familiar with NBC, that is because Lazarus is more digitally inclined than his predecessor, longtime NBC Sports boss Dick Ebersol.

The ratings have been so strong that Lazarus said NBC may even “make a little bit of money” on the Games. Initially, Comcast had estimated a potential loss of as much as $200 million on the Games.

Advertisers, too, remain supportive of how NBC has handled itself in London. They say the costly economics of delivering comprehensive coverage from foreign countries means there is little chance of major changes before the next Games.

“I would still say in the immediate future, four to eight years from now, TV is still going to be the dominant screen with probably a greater share going digital,” said Steve Kalb, director of video investment at the Mediahub division of Mullen, another unit of Interpublic Group.

But, as Wurtzel noted on Thursday, by streaming events to tablets, smartphones, and online, NBC is cultivating the next generation of young Olympic viewers.

So, just as the London Olympics built on the Beijing Games by offering more streaming and more hours of coverage, viewers should expect NBC to continue to experiment with the model in future Olympics to see how far it can bend without breaking. 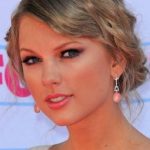 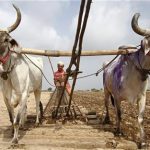 Twitter to be available on mobile phones without Internet 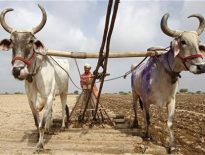 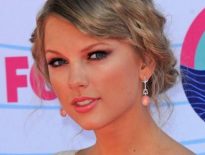