Hasaacas made history on Sunday 5 July, 2015 by securing their first ever league victory in Accra against the Phobians.

Two quick goals from Emmanuel Ankobeah under a minute and 5, before Philip Boampong got a consolation were enough to give Hasaacas their first ever league win over Hearts of Oak in their 57 years of clashes at the Ohene Djan Sports Stadium, Accra or any home grounds of Hearts of Oak.

Hearts of oak before this game had gone 40 league games against the Giants of the West at their home ground without a defeat. (W29, D11).

Hasaacas first outing to Accra happened in 1958 which they lost 2-0 and suffered 5-0 defeat in the hands of the Phobians in 1976 and 2009, which is their worst performance in their encounters.

However, the tide tilted in favour of ‘The Giants of the West’ as they staged a magnificent display to earn their first league win in Accra on Sunday.

This win is Coach Yusif Basigi’s charges first league victory away in the 2014-15 league season and have improved on their poor away run in the first half of the season, which they earned only a point.

Hearts of Oak have been pushed to 12 position on the league log. 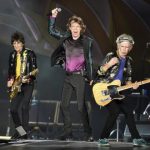 “I apologise to everyone”: Kristen Stewart regrets making people “angry” but doesn’t care if they hate her

US Anti-Doping Agency strips Armstrong of titles for cheating

Beyonce lets others do talking on lip-synch drama

Hasaacas first ever win in Accra against Hearts of Oak 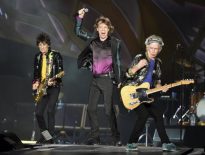