PARIS (Reuters) – A shell-shocked Serena Williams crashed to her earliest defeat at a grand slam when she was beaten 4-6 7-6 6-3 by French darling Virginie Razzano in a pulsating first round showdown at Roland Garros on Tuesday.

Never before had the 13-times grand-slam champion, one of the pre-tournament favourites for the title, lost in the first round of a major but on Tuesday she paid the price for a performance she summed up as full of “errors”.

The fifth seed was two points from victory at 5-1 up in the second set tiebreak but her game inexplicably collapsed as she lost six points in a row to lose the set.

The American appeared close to tears during the changeover at the end of the set and struggled to shake off her near-miss in the decider as she allowed her 111th ranked opponent to romp into a 5-1 lead.

But Williams, who believes herself to be the ultimate fighter in the sport, refused to throw in the towel and scraped back to 5-3 as Razzano struggled to deliver the knock out punch.

Just when it seemed as if Razzano would join a long list of players who choke at their home grand slam event, the Frenchwoman played her heart out.

A cramping Razzano held her nerve in a jittery, action-packed ninth game of the final set, which lasted 25 minutes, stretched to 12 deuces and featured five break points.

There was even a moment of controversy as Razzano was penalised by the umpire for letting out a loud squeal mid-point, leading to a loud chorus of boos from the fans.

The Frenchwoman took it all in her stride before finally winning the contest on her eighth match point.

Such was the drama of the match that Razzano was even made to wait before she could celebrate her glorious victory as the umpire had to climb down from her chair to confirm Williams’s groundstroke was long.

Razzano, who lost her fiance to a brain tumour a year ago, jumped up in joy after surviving three hours and three minutes of topsy-turvy tennis that delighted the hollering crowd in Court Philippe Chatrier.

While Williams swiftly packed her bags as she digested her earliest slam exit in 47 appearances, Razzano celebrated her greatest triumph.

“I didn’t think too much. I know I have unlimited resources. I dug very deep and I knew nothing was lost, even when I had cramps (in the last game), even when I was not feeling well,” she told a courtside interviewer.

“It’s the most beautiful victory in my career.

“I think today on the court there were two great players that gave it all, went to the limits, and I was able today to make a difference,” she added in a press conference.

“Sometimes I saw her on the court. She was shaking her head and saying, It’s crazy. Because I was lucid, I was able to see what was happening. I knew she was thinking, She’s incredible.”

Williams did not mince her words.

“I made so many errors today which is not the game that I have been playing in the past. There is no excuse,” Williams told a news conference. 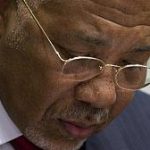 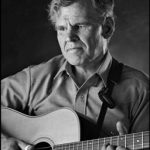 Teacher pleads no contest to lewd acts on students 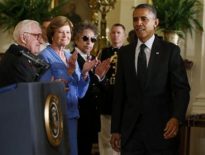 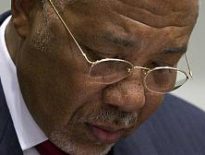