(Reuters) – The National Football League’s playoff picture will come into sharper focus following the penultimate weekend of the regular season where 19 teams remain in the hunt for a postseason berth.

Everything else is up for grabs in an action-packed Week 16 that ends on Monday with the San Francisco 49ers (10-4) looking to clinch a trip to the postseason with a win over the visiting Atlanta Falcons (4-10).

Nowhere is the race for the playoffs tighter than in the NFC North where the Chicago Bears (8-6), Green Bay Packers (7-6-1) and Detroit Lions (7-7) are battling for a division crown that is likely to go down to the wire.

Chicago can clinch the division and secure a playoff berth with a road win over the Philadelphia Eagles combined with losses by Detroit and Green Bay.

The Lions host a New York Giants (5-9) team that cannot make the postseason while the Pittsburgh Steelers, clinging to ever-so faint playoff hopes, visit the Packers.

Green Bay’s playoff push would receive a massive boost if All-Pro quarterback Aaron Rodgers can return to the lineup after missing six games with a broken collarbone.

With Rodgers looking on from the sidelines last Sunday, the Packers rallied from a 23-point halftime deficit behind four touchdown passes from backup Matt Flynn to defeat Dallas 37-36 and remain in the post-season chase.

“It’s the fourth quarter of the season and we have to beat Pittsburgh next,” said Packers head coach Mike McCarthy. “We can’t worry about what’s going on around us. We can’t control it. We just have to get ready to play.”

Over in the NFC East it is a similar scenario for the Eagles, who can lock up the division title and a playoff berth with a win over the Bears and a Cowboys (7-7) loss to the Washington Redskins (3-11).

The most mouth-watering showdown in the NFC will play out in Charlotte, where the Carolina Panthers and New Orleans Saints, both sporting 10-4 records, clash for the second time in three weeks with the winner taking control of the South division.

A win would secure top spot for the Saints and a first round bye while the Panthers could guarantee themselves at least a playoff berth with a victory.

“The next two games as far as I’m concerned are playoff games,” said Carolina head coach Ron Rivera. “There’s a lot of importance to this next game against New Orleans. This is about as big as it gets.”

Although they own the NFL’s best record, the Seahawks (12-2) will not lack motivation when they host the NFC West division rival Arizona Cardinals.

The Seahawks, a perfect 6-0 at home, can clinch the division and home-field advantage throughout the NFC playoffs with a win while the Cardinals (9-5) can keep the heat on the 49ers in the battle for a wildcard spot if they can pull off the upset.

A battle royale is shaping up in the AFC West with Peyton Manning’s Denver Broncos (11-3) and the Kansas City Chiefs (11-3 ) looking to claim top spot in the division.

Both teams have already secured playoff berths but a Broncos win over the Houston Texans (2-12) combined with a Chiefs loss to the Colts would give Denver the division.

The Broncos could also secure home-field advantage through the AFC playoffs if a victory is coupled with a New England Patriots (10-4) loss to the defending Super Bowl champion Baltimore Ravens (8-6).

Tom Brady, who has already set a quarterback record by winning 10 division titles with the New England Patriots, can make it 11 with a win over the Ravens, who are fighting with the Cincinnati Bengals for top spot in the North.

“We’ve got 10 wins, and 10 wins is fine,” said Brady. “But it hasn’t gotten us anything. We haven’t qualified for anything.

“We need to start playing better football and see if we can do better on a more consistent basis.”

The surging Ravens bring a four-game winning streak into their showdown against the Patriots while the Bengals (9-5), who enter Sunday in top spot in the North, can remain there with a win over the Minnesota Vikings (4-9). 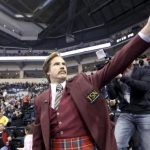 ‘Anchorman 2’ revives cult classic, but has Ron Burgundy sold out? 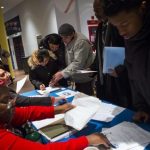 NFL: Wild finish ahead as teams fight for playoff spots 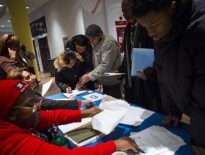 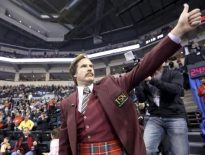