On Wednesday Microsoft will start the campaign to convince consumers they need Windows 10. It’s an uphill struggle, says Matt Warman

The chances are, you’re not reading this on a computer running Windows 8. Despite billions of dollars of investment from America’s original computer giant Microsoft, less than 10 per cent of PCs run Windows 8, in a world where tablets and phones running software made by Apple and Google is of growing importance.
To put that number into context, one in five PCs still runs Windows XP, now 14 years old, and the majority run Windows 7. With Windows 10, Microsoft has to prove not just that computer users need a better operating system, but also that Microsoft remains as vital as ever.
The symbolic importance could not be greater – hence the company is jumping straight from Windows 8 to Windows 10 – because for all its strengths, consumers did not love the uniquely stylish, new interface that was introduced in August 2012 and dubbed that Start screen.
Microsoft’s original idea was probably the right one: it wanted Windows 8 to take advantage of the growing number of touchscreens, with Windows 8 designed for touch with big buttons and moving away from the traditional desktop model. But it was – charitably – ahead of its time. Most users still want a traditional way to get to Excel, Word and the web, which remain the core uses for Windows. In Windows 8, the desktop environment felt little better than Windows 7, divorced from the main OS, and if you weren’t using it on a touchscreen then the first version was maddening. On machines designed for Windows 8, the software was superb and elegant; on a conventional PC, where most users encountered it, the software drew howls of protest. The update, Windows 8.1, offered imporvements but it was too little too late.
So, just like Windows 7 rescued Windows Vista from a PR disaster, now Windows 10 faces the same challenge. It will seek to offer a single platform for all Microsoft products, from phones to the Xbox, as well as tablets and PCs, with a single store to buy software from and developers only needing to write it once for all devices.

Microsoft does not face slipping into irrelevance overnight – chief excutive Satya Nadella has outlined a host of opportunities for the company all centred around the kind of core ‘getting stuff done’ kind of apps and services that power global business and where few others are really offering the tools to carry them out. But the company has derived huge amounts of revenue from Windows and it has been the platform on which global dominance in business has been built. More and more people find that just an iPad or a phone are all the business tools they need.
So the challenge for Microsoft is multifaceted: it must prove that its tablets can do more than any other available and it must also demonstrate that the PC is still the best way of doing something, while conceding that it is no longer the only option. And all this while the world is moving inexorably towards a very cheap or free software model that is primarily web-based. Little wonder Windows 10 looks like a better melded hybrid between old versions and new ones, bringing back the Start Menu but combining it with the tiles of Windows 8. The claim is that it will end the split between old desktop and new look.
So if all you need is a web browser, Windows 10 starts to look like maybe it is on shaky ground. Like Windows 8, it will be clever, but it may prove to be more than many users need in a world where less-is-more is more important than ever. 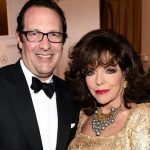 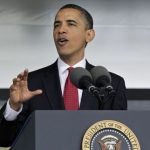 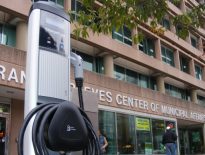 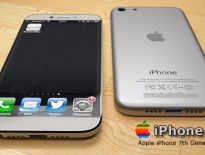