The Android Smartphone industry is continually being introduced to more and more models every month. Just a few months ago, Samsung has released the 4th edition to the Galaxy S product line, in the form of the Samsung Galaxy S IV. A few months after the S IV’s release, the South Korean company has again, introduced not only a new model, but a new Galaxy family line. This is in the form of the Samsung Galaxy Mega series. The Mega series are currently available in two versions, one is the 6.3 version, the other being the 5.8 version. 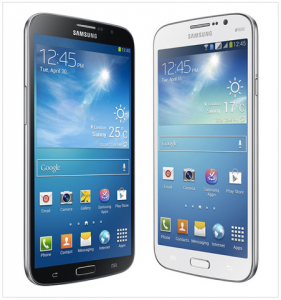 So what is the difference between the two? At first glance, the difference may not be obvious. If you compare them side by side though, the variations will be apparent. Taking a closer look at the aspects under the hood will even make the differences more apparent. In this quick comparison review, you will learn more about the things that make the 6.3 and the 5.8 versions differ from each other.

In terms of Smartphone specifications, there are similarities that the Galaxy Mega 6.3 and the Galaxy Mega 5.8 share. The main difference is the processors that they are equipped with. The model that has the bigger screen size is equipped with a Krait dual core CPU of 1.7 GHz while the smaller version is mounted with a standard dual core CPU of 1.7 GHz.

Another difference between the Galaxy Mega 6.3 and the Galaxy Mega 5.8 is the battery that they are equipped with. The Mega 6.3 comes with a 3200 mAh battery, while the other only has a 2600 mAh battery. Of course, the bigger the screen is, the more battery power it will use, so good thinking on Samsung’s part for offering higher battery on the 6.3 version. 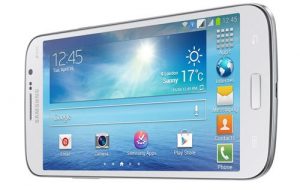 We all know that the South Korean company always strives hard to ensure that its products offer the best to the consumers. So in terms of connectivity, both the Galaxy Mega 6.3 and the Galaxy Mega 5.8 perform quite beautifully. Both versions offer and support the EDGE and the GPRS browsing platforms. Both are also enabled with HSUPA 5.76 Mbps and HDSPA 2.1 Mbps speeds. Users can also expect both models to support Wi-Fi as well as the Wi-Fi hotspot option. Bluetooth features are also similar. However, the bigger Galaxy Mega version is better when it comes to USB connectivity and it also has the ability to support 50 Mbps UL, Cat3, LTE, and 100 Mbps DL – things that the smaller Galaxy Mega version does not.

Conclusion: Which is Better?

So it all comes down to which is better, the Samsung Galaxy Mega 6.3 or the Samsung Galaxy Mega 5.8? This will actually depend on user preference as well as how the Smartphone will be used. Both are powerful devices featuring great aspects and qualities. Regular users are sure to enjoy using them, with the exception of not being that comfortable to hold to the ear while talking with someone. Business users may also want to include either of the Galaxy Mega versions to their telecom platform, as long as they have something more reliable and dependable, such as the RingCentral business phone. 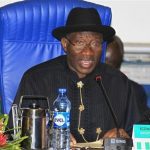 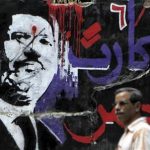 A copywriter and editor who enjoys the challenges of creativity and attention to detail. He writes about a wide variety of topics of interest in the field of technology and current trends in the industry and creates only original content. He also writes about telecommunications and lately concentrates on small business phone service for RingCentral.

Technology: New iPhone 6 screens to enter production as early as May: sources

Comparison of the Samsung Galaxy Mega Series – The 6.3 Version versus the 5.8 Version 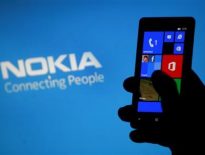 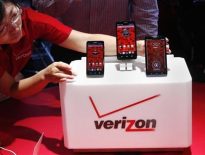