I’m on a Skype call with Tim Berners-Lee. The inventor of the World Wide Web has been putting the finishing touches on a new project from his Web Foundation, and it’s only fitting that he’s using voice-over-Internet telephony, rather than a plain old landline, to announce it to journalists. When his quintessential English voice rings through my earphones he’s speaking quickly and excitedly about open data, and the potential uses for the numbers he and his team have spent months stitching together.

Today he is is launching the Web Index, an annual survey that measures which 61 countries have been impacted the most and least by the Web, a.k.a. that thing he created more than 20 years ago.

The Web Index is an unprecedented, epic aggregation of 10 different data sources including the United Nations and Reporters without Borders, and areas such as social, political and economic, that tells us where the tentacles of the World Wide Web have changed lives the most. It’s a national ranking, with Sweden at the very top followed by the United States and Great Britain in second and third place; these are countries so integrated with the Internet that they practically depend on it for jobs, politics and entertainment. Not the case at all in Yemen and Morocco, which rank at 61 and 50 respectively on the list.

Berners-Lee, 57, defines “impact” as the effect that the Web has on people’s day-to-day life. Some of the results are surprising, because they don’t always correspond to nations that rank highly for GDP per capita. Japan, for instance, ranks at 20, while Italy is at surprisingly-low 23. “I understand [Japan] is not big on political mobilization on the web,” says Hania Farjan, who helped Berners-Lee create the Index. Other nations are punching above their economic weight, such as Ireland, ranked at No. 10, and Chile — which at No. 19 scores better than Brazil and Japan. China comes in at No. 29, Russia at 31.

Making value judgements like this on Berners-Lee’s creation marks how far the Web has come in proving itself a crucial part of human life. Ten years ago it was a past-time; people mainly indulged in surfing the web or chatting to friends for fun. Today we need it for everything: working, buying a house, socializing. Looking back, Berners-Lee notes this could have all looked very arrogant 10 years ago.

“When it was very early and we were trying to persuade people that [the Web] would be a good idea, it would be complete hubris to imagine we should hoist our fancy tech on people in the developing world,” he says. “But then we started getting push-back, and people saying that, ‘No, actually this really is important.’ That people can do great things if they even get a low-bandwidth connection and know how to do it.”

His intentions have switched over time from something that was “hubris,” to worth pitching, to “now having a duty” to help the rest of the world that’s not online, get connected. A surprisingly-high 80% of the world’s population is not connected to the Web.

Berners-Lee came up with the idea for the Web Index over the course of several meetings with board members of his Web Foundation. They had noticed that while there was a variety of financial indexes covering aspects of web usage, there was a vacuum of broader statistics on how much it was influencing people’s lives, or how relevant it was to someone who spoke Swahili instead of English. Most of the funding comes from a $1 million grant from Google, and Berners-Lee is working on getting more money from other sources.

How is the Index actually useful? Berners-Lee, who is a physicist, says that policy makers can use it to show how much governments need to invest in Web and Internet infrastructure, which could improve GDP growth. Country A can note that Country B is is higher in the “economic value” rankings, and argue for being as good as B, he says.

Companies can use it to target countries where they can more easily distribute their product over the Web. To better understand a score, government and corporate observers can delve into the subindexes and indicators that show how it was weighted. “It’s a very open index,” says Berners-Lee.

Several weeks ago Berners-Lee appeared at the London Olympics’ Opening Ceremony, typing nonchalantly into an old NeXT computer in the middle of a stadium filled with 80,000 people. The show posited that he was typing out, “This is for everyone.” The Web, which started off as a proposal by Berners-Lee when he was a computer scientist at CERN in 1989, is indeed for everyone, and is set to be used by 2.2 billion people in 2013, according to Forrester Research.

Mid-way through our interview, Berners-Lee’s usually booming English voice starts fading in and out, as Skype grapples with a bad connection. I’m catching about 20% of what he’s saying, so that it sounds like: “Countries like Germany and Italy…  not as high… been to Italy…  my colleagues in Italy… hasn’t jumped on the internet bandwagon… sort of conference… prevalent the internet is. It’s not a surprise.”  It’s at these points that Ms. Farjan has to answer on his behalf.

As we say our goodbyes, Berners Lee apologizes for the earlier bad line.

“I guess that’s just Skype,” I offer. There’s a brief pause before Berners-Lee replies, “The Internet I guess,” then laughs.

Such is the nature of his creation: overwhelmingly influential across the world, but not quite perfect. 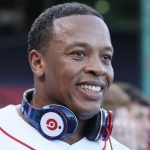 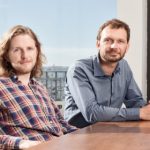 With 60 Million Websites, WordPress Rules The Web. So Where’s The Money?

The way to a woman’s heart: Cheryl Cole tweets her love to Prince Harry after his Nando’s visit

Father Of The Web Ranks Its Impact On The World 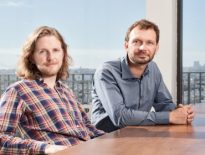 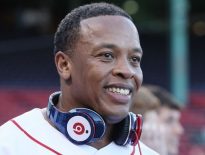