Shop smarter—or else pay for the consequences.

Going into the holiday season with a budget is a good start, but it might not be good enough. A new study shows that misestimating how much of a deal they’ll get on Black Friday and underestimating how long it will take them to pay off their holiday splurges will cost American shoppers.

According to the National Retail Federation, the average holiday shopper spent a little less than $770 last year. It predicts a total increase in Americans’ holiday spending of just over 4% for this year.

But shoppers could find themselves with sticker shock, a new study from NerdWallet.com warns. And middle-class shoppers could bear the brunt of it. According to a survey conducted by Harris Poll for NerdWallet, families in the $50,000 to $75,000 income bracket won’t pay off their debts for an average of nearly three months. Poorer families will pay off their debts a little more quickly, in an average of two months.

Odds are, even these estimations are optimistic. Other studies show that people tend to take longer to pay off their holiday bills than they anticipate. And, odds are, many of these shoppers aren’t starting from scratch but adding onto an existing balance — one that averages nearly $16,000, based on NerdWallet’s look at household credit card debt.

And the cost of servicing that debt keeps going up. The average APR on a general-use credit card is a tick under 16%, according to Bankrate.com. For store cards — you know, the kind many of us open over the holidays to get the one-day discount on purchases — it’s even higher. They have an average APR of over 23%, higher if you have marginal credit.

New data from Experian shows that more of us are signing up for those store cards and the higher rates they charge; both the amount we borrow and the number of cards we have has risen over the past year.

“Middle-class households can fall into a costly situation this holiday season, where they’ve been extended ample credit but have incomes too thin to comfortably pay the bills later,” warns NerdWallet senior retail analyst Matthew Ong. “Many are still struggling to reconcile a typically middle-class standard of living with stagnant incomes,” he says.

Adding insult to injury, NerdWallet also finds that those Black Friday deals many of us think we’re going to score might not be so hot after all.

In an analysis of 27 major retailers’ ads, more than 90% of them listed “sale” prices identical to last year’s Black Friday prices. This isn’t always apparent at a quick glance; the site found that retailers use tricks like misleading original prices and make shoppers jump through hoops like requiring mail-in rebates, 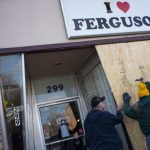 Ferguson, Missouri, remains on edge ahead of grand jury report 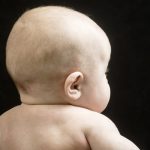 How to Be a Millionaire

The Disastrous Black Friday Mistake You Must Avoid 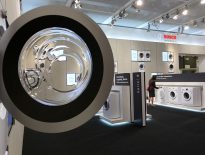 Business Germany Relies on Consumers for Growth as Investme… 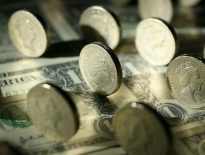