Sixteen-year-old Mohammed Islam wants you to think he’s a big shot. On his Web site, Ettaz Financial, he wears a pair of fogged-over glasses, expression serious, sporting a red tie on a snowy day. The New York high-school junior says he got interested in the financial industry at the tender age of 8, quickly fell into the third-rate world of penny stocks before graduating to the futures market after finding a love for risk and volatility. How much has he made? Millions, he said. His net worth has soared into the high eight figures.

The world is filled with teenagers like Mo Islam, who now says he never made a dime on the stock market. They play fast and loose with facts. But they don’t usually get the treatment Islam just got in Sunday’s issue of New York magazine.

The article, reported and written by staff writer Jessica Pressler, begins with a rumor. Someone — it’s unspecified who — said Mo had pocketed $72 million by trading penny stocks. An unbelievable amount of money for anyone, not least a high-school student, but as far as rumors go, this one seemed legit, Pressler wrote. The original headline: A Stuyvesant Senior Made $72 Million Trading Stocks on His Lunch Break.

Coming on the heels of Rolling Stone’s disastrous story of a University of Virginia gang rape, though nowhere near as serious in its consequences, the story unraveled almost as quickly as it went viral. While the New York Post, the Daily Mail and the Guardian did their versions, New York Magazine’s was getting pounded in its comments section: How dumb do you have to [be] to believe that this kid made $72M trading stocks during lunch?

Then on Monday afternoon, Mo backed out of a spot on CNBC, confessing the $72 million figure was inaccurate. The attention is not what we expected — we never wanted this hype, he said. New York, however, stood by the story: Our story portrays the $72 million figure as a rumor … we did not know the exact figure he has made in trades. However, Mohammed provided bank statements that showed he is worth eight figures, and he confirmed on the record that he’s worth eight figures.

But now Mo says that was a lie, too. You seem to be quoted saying, ‘eight figures,’ New York Observer editor Ken Kurson asked Islam in an interview on Monday. That’s not true is it?

No, it is not true, Islam said.

Is there ANY figure? Have you invested and made returns at all?

In an e-mail to The Washington Post, writer Jessica Pressler said: I’m I guess moderately surprised. In my day (2008?) it took at least a few days to cop to a fraud. I have to talk to nymag before officially comments as the story’s really theirs. Neither Pressler nor magazine editor Adam Moss responded to additional e-mails Monday night asking for elaboration.

In the hours since the story unraveled, Islam retained a lawyer and public relations firm, 5WPR, whose clients include Snoop Dogg and Pamela Anderson. This is a 16-year-old boy who is overwhelmed by all the attention he has received and he is sorry for anyone who has been hurt by this, but in the end of the day, let’s keep things in perspective, spokesman Ronn Torossian said. He didn’t cheat anyone. He didn’t steal anything. He’s a kid who took a story too far.

Islam’s lawyer, Edward Mermelstein, said the high school students’ folks were furious when they saw the story. He’s holding up OK, Mermelstein said in an interview. But he’s obviously got to deal with his family, so that’s something that’s taking precedence.

As of Monday night, it was unclear what journalistic mechanisms failed before the story went to print. Mo Islam did appear to have a knack for stocks, Torossian said. But they were all simulated trades. At a high school investment club. With imagined revenues.

That’s all well and good. But how was he able to convince a reporter into thinking those returns had not only been real — but that he was worth high eight figures? A source close to the Islam family who requested anonymity because of the sensitivity of the issue told The Post Islam had created some bulls—t thing on the computer with blacked out numbers. He said she could look at it for 10 seconds, and pulled it away. The Washington Post couldn’t independently verify that claim.

In an editorial note, New York Magazine said the problems with the piece rested solely with the story’s headline, which it then changed to this: Because a Stuyvesant Senior Made Millions Picking Stocks. His Hedge Fund Opens as Soon As He Turns 18. 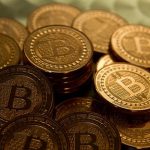 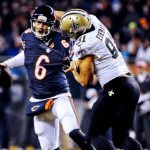 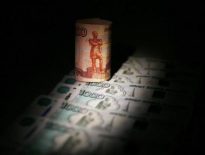 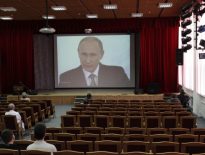