Fred Willard may be able to avoid jail time stemming from his July 18 arrest on suspicion of carrying out a lewd act in public. Meanwhile, OnTheRedCarpet.com has also learned that Willard was also arrested in 1990 for alleged lewd conduct but pleaded to a lesser charge.

The 72-year-old comedic actor was arrested on Wednesday at The Tiki Theatre, a popular venue for pornographic films, after an officer caught him with his pants down in a public area within the theater.

Willard was later released on $500 bail and no booking photo was released by police.

L.A. City Attorney’s Office spokesman Frank Mateljan confirmed to OnTheRedCarpet.com on Friday, July 20 that the office received a file from the LAPD which determined that Willard was eligible to enroll in a “pre-filing diversion program.” If the actor completes the program, his case will be considered closed.

Willard must complete the program within a year or the office can choose to file charges against him. The program is administered by an outside vender and costs $380. It consists of a two to three-week course that discusses decision making, law and other topics.

According to Mateljan, the program is often offered to people in lieu of criminal prosecution if the defendant has no prior criminal history within the past 10 years. Mateljan said Willard was arrested in 1990 for alleged lewd conduct and later pleaded to disturbing the peace. The case was then dropped.

Mateljan offered no further details on the matter and said that Willard’s prior arrest did not affect the L.A. City Attorney’s office’s decision regarding his current charge, which is a misdemeanor.

As a result of his recent arrest, PBS promptly dropped Willard as the host and narrator of the show “Market Warriors” and replaced him with “Antiques Roadshow” host Mark L. Walberg. Walberg will re-voice the episodes Willard had already completed.

Willard is likely best known for his work in “Anchorman” and in Christopher Guest films like “Best in Show” and “This Is Spinal Tap.”

Willard, a native of Ohio, lives in the Los Angeles area with his wife Mary. The two have been married for about 40 years and have a daughter. Willard began his on-screen career in the 1960s.

The comedian will appear in pre-taped episodes of ABC’s new improv comedy show, “Trust Us With Your Life,” which premiered on July 10. A network spokesperson told OnTheRedCarpet.com on Wednesday that new episodes will continue to air. The next is scheduled for July 24. 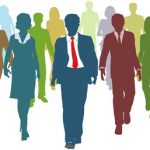 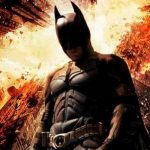 Analysis: In the end, Obama won on the economy 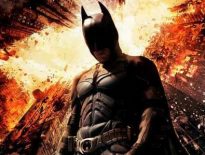 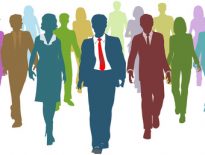