The deaths of two unarmed police officers from Greater Manchester Police (GMP) has “devastated” the force, Home Secretary Theresa May has said.

Mrs May condemned the “savage acts of pure brutality” that led to the deaths of PCs Fiona Bone and Nicola Hughes.

They suffered fatal injuries in a gun and grenade attack in Mottram, Tameside, on Tuesday morning.

Police have been given until Friday morning to question 29-year-old Dale Cregan on suspicion of their murders.

He had been the subject of a huge manhunt following two murders earlier this year of a father and son in separate attacks in the area.

A 28-year-old man is also being held on conspiracy to commit murder.

A police spokesman said an online book of condolence set up in tribute to the officers had received 33,500 signatures and that more than 21,000 messages had been posted on the force’s Facebook page.

Mrs May cut short her holiday to travel back to the UK to visit GMP’s headquarters.

The minister was given a two-hour briefing by senior officers conducting the investigation and met Sir Peter Fahy, the force’s chief constable.

Speaking on Wednesday evening, Mrs May said: “(The attacks) have left grieving families, they have devastated Greater Manchester police force.

“These were brave and talented officers who were going about their everyday duty, doing what police officers do day in and day out, protecting the public and fighting crime.

“They were incredibly brave and their deaths remind us what police officers can face every day.”

PC Bone, 32 and PC Hughes, 23, had been sent to investigate what appeared to be a routine burglary report in Abbey Gardens, Mottram, on Tuesday, when they were attacked.

Eyewitnesses said a hail of bullets was fired and then a grenade was used during the attack.

Post-mortem examinations revealed both officers died as a result of gunshot wounds. A gun believed to have been used during the attack has been recovered.

During her visit, Mrs May again stated government policy was against the routine arming of officers.

She said: “I think we are clear we have a British model of policing that is one that our police very much support.”

Detectives are continuing to question Mr Cregan, previously described as Manchester’s most wanted man, over the deaths.

The second man was detained in the Hattersley area on Wednesday on suspicion of conspiracy to murder.

Mr Cregan was arrested when he walked into Hyde police station a short time after the shooting.

On Wednesday, police confirmed Mr Cregan was on bail over a fatal pub shooting in Greater Manchester earlier this year.

Sir Peter Fahy warned at a press conference on Wednesday of a long-standing feud between gangs in the area.

He said the force had issued threat-to-life warnings – notices given to people under threat of being murdered or seriously injured – to “a large number of individuals”. 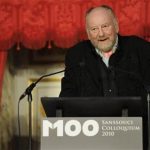 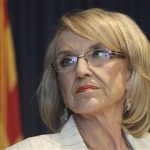 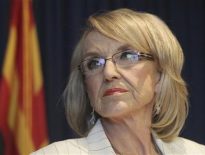 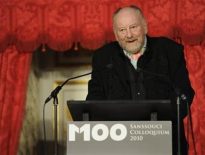