Could the singer be banged up for triggering a probation violation after giving dodgy details after car crash?

Do bad things follow Chris Brown round like a nasty smell? Maybe it’s just the reeking stench of karma.

The perma-scowling singer has found himself in more boiling water after being involved in a car bash in LA, according to TMZ.

The US website reports Breezy refused to give the other driver his license number and insurance information.

He must have a few quid in his piggy bank – isn’t that just being tight?

TMZ report Chris eventually agreed to pass on his top secret details but allege the information he provided was incorrect.

The alleged hit-and-run investigation is now under way and could trigger a current probation violation for the former girlfriend beater.

If he’s found to have violated the terms of his 2009 assault case on Rihanna (one of the conditions of which is to obey all laws – come on, Chris, is it really that hard?) he could face up to four years behind bars.

Imagine the angsty inspiration he’d get for another album though. Silver linings and all that.

Brown wasn’t alone at the time of the accident – he was with multi-ex-girlfriend Karrueche Tran. You know, the one he gets off with when he’s not with Rihanna? She posted a photo of them both with his head nearly rammed up her bottom recently. That’s the true sign of love, don’t you know?

He has also just announced that his new single will be called ‘They Don’t Know’. We presume he’s not talking about what a bad driver he is.

We’ve contacted representatives for Chris Brown and are waiting for a response off them about the investigation.

While we’re waiting, here’s his current non-girlfriend Rihanna being totally fine with the split and showing off a bit as usual… 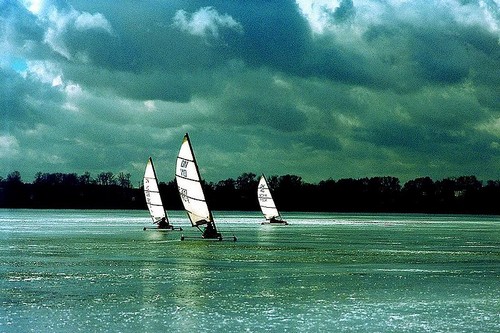