Pop star Lady Gaga sang John Lennon’s ‘Imagine’ sitting at a flower-covered piano as the inaugural European Games got off to a glamorous start in the Azeri capital with a dazzling opening ceremony on Friday.

The American six-time Grammy Award winner was a surprise addition to the ceremony, aimed at setting the stage for 16 days of competition in the continent’s first multi-sports event which Azerbaijan hopes will put it firmly on the global sports map.

In a two-hour curtain-raiser produced by Dimitris Papaioannou, who was in charge of the Athens 2004 Olympics ceremonies, the history of the nation on the shores of the Caspian sea unfurled in a kaleidoscope of colors and sounds.

This is the proudest moment in the history of the European Olympic Committees, EOC President Patrick Hickey, whose organization awarded the Games to Baku in 2012, said in a brief speech.

We are creating a landmark moment in European sport. Tonight we add the missing fifth ring to the continental Games of the world.

The 6,000 athletes entered the stadium with Azeri President Ilham Aliyev watching from the stands, along with Russian President Vladimir Putin, sitting next to International Olympic Committee President Thomas Bach, and 35 other heads of state.

A wide security cordon was thrown around the stadium and the surrounding area hours before the ceremony started.

The energy-rich nation has spent well over a billion dollars to stage its biggest sports extravaganza to date, building several venues from scratch for the 16-day competition.

The Games, featuring 50 nations, have, however failed to attract the biggest track and field athletes and swimmers. Instead, lower-ranked competitors will take part in two of the most popular sports in the Olympic world.

The second edition in 2019 is also up in the air after Netherlands withdraw from hosting it two days ago and less than a month after being awarded the event citing the cost.

Kosovo, only recently admitted to the Olympic family, made its maiden appearance at an international multi-sports event but there were loud boos and jeers when the Armenian team entered the Olympic stadium.

The two countries are at odds over the Nagorno-Karabakh region and as recently as April several soldiers from both sides were killed and more were injured.

Armenia’s Olympic committee chief has not traveled to Baku while the country’s participation in the Games was only possible after the intervention of Bach last year.

Azerbaijan, whose government has banned officials from human rights organizations as well as some media from entering the country, is facing accusations of consistent human rights violations in the run-up to the Games.

Ruled by the Aliyev family since 1993, Azerbaijan has rejected the accusations saying they were an effort by some western circles to politicize the Games.

While the opening ceremony offered organizers a brief respite from these questions, they are set to return when the competition starts in earnest on Saturday. 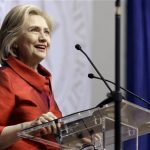 Before big speech, Clinton steps to left – but not too far 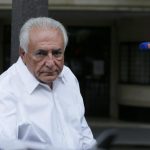 South Africa mourns Mandela, will bury him on December 15 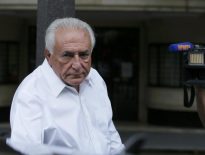 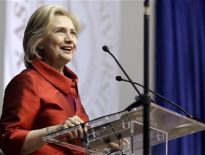 News Before big speech, Clinton steps to left – b…