(Reuters) – Japan’s government and top carmakers, including Toyota Motor Corp, are joining forces to bet big that they can speed up the arrival of the fuel cell era: a still costly and complex technology that uses hydrogen as fuel and could virtually end the problem of automotive pollution.

Toyota, the world’s biggest carmaker, unveiled its first mass-market fuel-cell car on Wednesday, which is due to go on sale in Japan by end-March next year priced at around 7 million yen (40,458 pounds). A U.S. and European launch will follow in the summer. Prime Minister Shinzo Abe’s growth strategy, announced the day before, also included a call for subsidies and tax breaks for buyers of fuel-cell vehicles, relaxed curbs on hydrogen fuel stations and other steps under a road map to promote hydrogen energy.

That will bolster plans by Toyota and Honda Motor Co, Japan’s No.3, to start fuel-cell vehicle sales in 2015.

This is the start of a long challenge to make hydrogen a standard feature in society and to make the fuel-cell vehicle an ordinary automobile, Toyota Executive Vice-President Mitsuhisa Kato told a news conference.

With two of Japan’s three biggest automakers going all in on fuel cells, the country’s long-term future as an automotive powerhouse could now hinge largely on the success of what they hope will be a key technology of the next few decades.

The auto sector carries special significance in Japan, providing nearly one in 11 jobs and about one-fifth of its manufacturing output. It is also one of the few big industries where Japan remains at the pinnacle of global competition after losing much of its edge in electronics and elsewhere.

Japan’s ruling party is pushing for ample subsidies and tax breaks for consumers to bring the cost of a fuel-cell car down to about $20,000 (11,795 pounds) by 2025. The government is also aiming to create 100 hydrogen fuel stations by end-March 2016 in urban areas where the vehicles will be launched initially.

A fuel cell vehicle, running on electricity from cells that combine hydrogen with oxygen, emits only water vapour and heat. Hydrogen fuel production from hydrocarbons emits some carbon dioxide, although Japan hopes to implement carbon-free production by 2040.

Hydrogen vehicles can run five times longer than battery-operated electric cars, and their tanks can be filled in just a few minutes compared with recharging times from 30 minutes up to several hours for electric cars.

The challenges for fuel cell cars nevertheless remain daunting and growth could be slow, especially given the expense of building up an infrastructure of hydrogen fuel stations and the likely reliance on subsidies until costs come down.

Even after 10 years, fuel cell cars are likely to be less than 10 percent of the Japanese market, said Ryuichiro Inoue, a professor at Tokyo City University and an expert in the auto industry.

Even Toyota only expects tens of thousands of fuel-cell cars to be sold annually a decade from now as the new technology will need time to gain traction.

The government’s commitment to hydrogen vehicles in its growth strategy, however, shows how far the technology has come since Toyota and Honda began leasing fuel cell-powered cars in Japan 12 years ago. Japan had set out bold predictions, later abandoned as unrealistic, of putting 5 million fuel cell cars on the road by 2020.

Engineers have since overcome a variety of technological challenges, including cold-weather ignition glitches due to water freezing and the need to reduce loadings of platinum – the precious metal that fuel cells use as a catalyst.

Rivals such as South Korea’s Hyundai Motor Co and Daimler AG are also producing fuel-cell vehicles, but Japan believes it will have an advantage after the UN adopted many of its proposals for global fuel-cell safety standards last June. This means it can avoid major changes to fuel cell specifications for exports, keeping costs low.

Toyota, which astounded rivals 17 years ago by developing the Prius hybrid car in barely two years and then swallowed initial losses to establish its dominance in the segment, is confident of its prospects in fuel cells.

When we first introduced the Prius, there was little way we could make a profit and our vision was longer-term, for the second- and third-generation models, Toyota managing officer Satoshi Ogiso told Reuters in March.

Unless you are willing to accept losses initially, it’s not possible to increase sales. 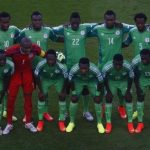 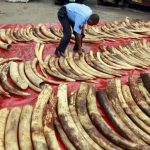 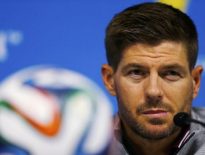 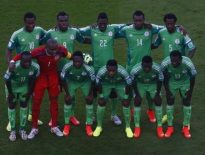