MELILLA, Spain (AP) — More than a thousand African migrants charged a barbed-wire border fence in Spain’s North African coastal enclave of Melilla on Wednesday, with many managing to scale the barrier and cross. Dozens of others were beaten back by police on both sides of the frontier. 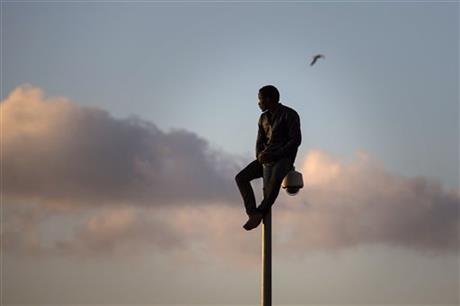 A sub-Saharan migrant sits on top of a pole set in a metallic fence that divides Morocco and the Spanish enclave of Melilla, early in the morning on Wednesday, May 28, 2014. Several hundred African migrants have charged a barbed-wire border fence in Spain’s North African enclave of Melilla with many managing to get across while dozens of others were beaten back by Moroccan and Spanish police. During the pre-dawn border storming Wednesday, cries of pain and noises of people being hit could be heard as police from both sides tried to prevent dozens of the sub-Saharan migrants from entering the city from Morocco. (AP Photo/Santi Palacios)

Cries of pain and the sound of blows rang out before dawn in Melilla. Morocco’s government said 1,500 immigrants rushed the fence at five different points, ignoring warnings to stop and hurling stones at security forces.

Two men perched atop lamp posts. Spanish police used a crane to drag one down, while the other eventually shinnied down on his own. They were both handed over to Morocco.

Spain’s North African city enclaves of Melilla and Ceuta are regularly targeted by large groups of African immigrants living illegally in Morocco to try to cross into Europe in search of a better life.

Others try to cross by sea, and on Wednesday authorities in the Moroccan port of Tangiers said the bodies of two migrants were pulled from the water and eight migrants rescued after their boat sank the previous night. A woman remained missing.

About 500 made it across the border on Wednesday, shouting with joy as they dashed through the streets to an official accommodation center. The center now houses about 2,400 people, an official there said.

After a few months, the migrants are transported to mainland Spain where they are either processed for repatriation or, if this is not possible, turned loose.

Morocco’s Interior Ministry said four officers were hurt and 10 migrants were treated at a hospital. A Spanish official said several of the migrants who made it across were also treated for injuries. The officials commented on condition of anonymity because of government rules preventing staff from being identified.

Spain and Morocco have stepped up border vigilance since 15 migrants drowned in February trying to enter Ceuta. 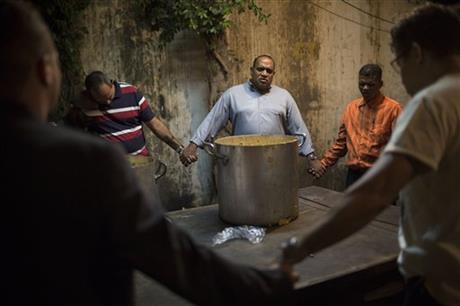 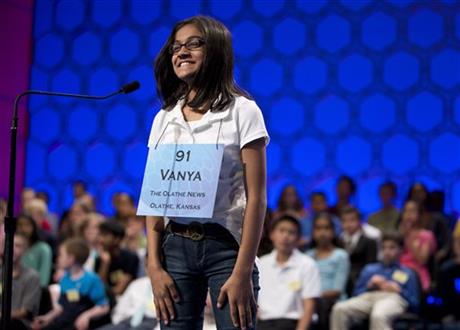