Gas for 37 cents? Why fuel costs more or less elsewhere

REPORTING FROM LOS ANGELES — Soaring fuel prices are souring Nigerians on President Goodluck Jonathan, Robyn Dixon reports. But how do gas prices in Nigeria compare with those elsewhere? And why does the price of gasoline differ so much around the world? 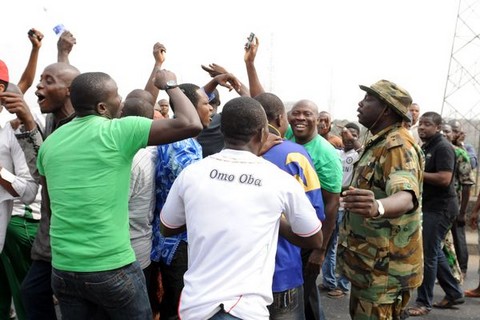 Nigeria historically has enjoyed some of the lowest gas prices in the world. Recent World Bank data pegged the price at $1.67 a gallon in 2010. Prices in many Arab countries were even lower: Iranian drivers could fuel up for just 37 cents a gallon.

Although there are variations within the United States as well, a gallon cost the average American $2.88 that year. But before you get outraged about how much you paid for gasoline, take a look at pump prices in the Netherlands ($8.06 a gallon) or Eritrea ($9.61 a gallon).

How can it be so much cheaper to buy gas in Nigeria than the Netherlands?

Nigeria — along with  many of those Arab countries and Iran — is an oil producer. Nigeria has a shortage of refining capacity, so it exports crude oil but must import refined petroleum products, such as gasoline. Some analysts say it is also part of the unwritten social contract for some countries that produce oil, particularly Arab states, to provide cheap gas to their citizens, so they subsidize it.

Other countries tax it. A German government group that tracks gasoline prices divides countries into four categories based on how heavily they tax or subsidize gasoline, correlating those choices to their fuel prices.

Nigeria has subsidized its gasoline; now it is trying to cut back on those subsidies to bring fuel to the market rate. But as the president has found, getting rid of fuel subsidies is rarely popular. Last year, Bolivian President Evo Morales had to backtrack on a similar plan after massive protests.

For more on why you pay what you pay at the pump, check out this helpful  explainer from the Atlantic, which breaks down what goes into gas prices.  You can also view the World Bank data on a map.

Gas for 37 cents? Why fuel costs more or less elsewhere