(Reuters) – The swift conviction of Pope Benedict’s former butler leaves lingering suspicions that he was a pawn in a much larger Vatican intrigue involving infighting in the papal court and alleged corruption at the highest levels of the Roman Catholic Church. 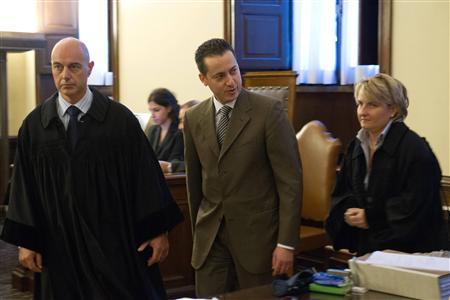 Despite the Vatican’s desire to quickly turn the page on one of the worst scandals in its recent history, the trial of Paolo Gabriele for leaking sensitive documents has left many questions unanswered, leading some to call it a whitewash.

Gabriele’s trial was concluded at lightening speed, ending on Saturday after only four hearings and it was an open secret that proceedings would end before a three-week gathering of bishops from around the world began on Sunday.

“The Vatican whitewashes it all,” headlined Il Fatto Quotidiano, one of the newspapers that published material leaked by Gabriele, who had privileged access to the papal apartments.

While other commentators were less categorical about the possibility of orchestrated cover-up, most agreed that the trial left many unsolved mysteries and lingering contradictions.

“It seems to me there was a clear effort by the Vatican to keep any revelations within boundaries,” said John Allen, an author of numerous books on the Catholic Church and the papacy.

“Their attempt at transparency by holding the trial in the first place was only partly successful,” he told Reuters.

Gabriele was sentenced to 18 months in detention, to be served under house arrest in anticipation of a papal pardon.

The documents he leaked constituted one of the biggest crises of Pope Benedict’s papacy, embarrassing the Vatican as it struggled to overcome a string of child sex abuse scandals involving clerics and mismanagement at its bank.

Gabriele told investigators he had acted because he saw “evil and corruption everywhere in the Church” and that information was being hidden from the pope.

But Italy’s leading newspaper, Corriere della Sera, listed 10 questions left unanswered by the trial. Chief among them was whether a simple man like Gabriele, who said he acted out of his “visceral” love for the pope and the Church, had acted alone.

In pre-trial testimony Gabriele acknowledged he had come under the influence of several Vatican officials, including a confessor to whom he gave copies of sensitive documents. The confessor later destroyed them.

Gabriele told the court that from his position he was able to see how easy it was for a man with the pope’s power to be manipulated by others but said that those who influenced him could not be called “accomplices”.

Some commentators faulted the judge for not pursuing other lines of questioning regarding who “influenced” the butler. One Italian television report asked why the priest confessor who received copies of documents from Gabriele and later destroyed them was not accused of aiding and abetting.

The priest’s identity had been encrypted until the last day of the trial, when it was only revealed in the prosecution’s summing up. The priest was not called to testify.

One court move that raised eyebrows was its decision to reject a defense request to accept as evidence the results of a separate investigation into the scandal, dubbed “Vatileaks” by Italian media, carried out by three cardinals.

The court ruled that since the cardinals’ commission was appointed by the pope, who is the monarch in the Vatican City, its findings were reserved for his eyes and would remain secret.

The court heard how Gabriele, who served the pope his meals and helped him dress, photocopied sensitive documents under the nose of his immediate superiors in a small office adjacent to the papal living quarters in the Apostolic Palace.

He then hid more than 1,000 copies and original documents, including some the pope had marked “to be destroyed,” among many thousands of other papers and old newspaper clippings in a huge wardrobe in the family apartment inside the Vatican walls.

A MOLE OR A LONE AGENT?

Gabriele began hoarding documents in 2006 when he started working as the pope’s butler but some question why he only leaked them this year. Was he a mole awaiting orders from other Vatican officials?

As a member of the small, select group known as “the papal family”, Gabriele’s privileged access was such that he was one of fewer than 10 people who had a key to an elevator leading directly to the pope’s apartments.

Many Vatican-watchers are skeptical that a butler could have acted totally alone and suggest he may have been forced to take the blame in order to shield bigger players inside the Holy See.

Marco Politi, author of several books on the Vatican, wrote that the court proceedings seemed like a “script where everyone was playing their role” – a firm but benevolent prosecution, a lukewarm defense and the prospect of a papal pardon.

Newspaper commentators asked if Gabriele had cut a deal with the Vatican, agreeing not to divulge much of what he knew in exchange for a papal pardon and continued employment in a low-profile job in the city-state.

One commentator wrote that the Vatican wanted to keep Gabriele on a short leash because it was horrified at the prospect of him leaving the Vatican and writing his memoirs.

Japan's new first lady says rode UFO to Venus
African Union leaders to press Burkina army for power handover
Shabab: 137 killed in Kenya mall attack
What you need to know today about the virus outbreak
World cup: Brazil down Colombia but Neymar's Cup is over
Burundi says it arrests leader of failed coup
Nigerian army kills 50 Islamists in their stronghold
Ukraine protesters and police pull back in contest over president 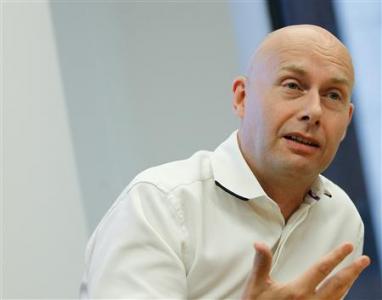 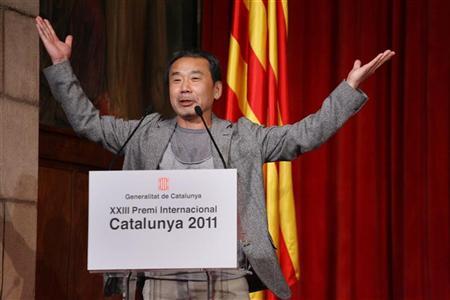