SPARKS, Nev. (AP) — A Nevada math teacher killed by a 12-year-old student in a school-yard shooting that also wounded two students was remembered for his character, selfless acts and military service at a memorial service Sunday. 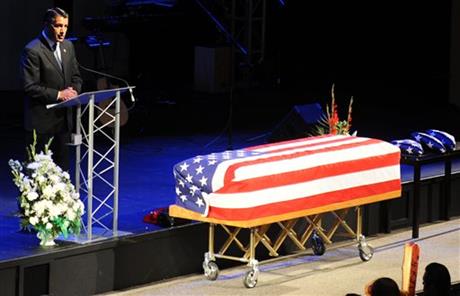 Gov. Brian Sandoval speaks at the memorial service for Michael Landsberry Sunday Nov. 3, 2013 at the Spark Christian Fellowship Church. Landsberry, a teacher at Sparks Middle School and a Nevada Air National Guardsman was shot to death by a student on school grounds on Oct. 21, 2013. (AP Photo/The Gazette-Journal, Marilyn Newton)

Speakers hailed Michael Landsberry for trying to talk the shooter into turning over the semi-automatic handgun before the youth shot him in the chest as students arrived for class Oct. 21 at Sparks Middle School.

Gov. Brian Sandoval told the crowd of more than 1,000 that the 45-year-old former Marine was a devoted husband, father, military member and teacher who made “the ultimate sacrifice so his students might live.”

“This tragedy is one we’ll all struggle to understand,” the governor said. “What is conclusive is his selfless acts to give his life so others might live … By his actions, he has inspired us all to do all we can for our fellow man.”

Brig. Gen. William Burks of the Nevada National Guard said the core values of honor, courage, commitment and integrity that Landsberry learned as a Marine and Nevada Air National Guardsman were “on display in the school yard” when he walked calmly to the shooter and gave other students a chance to flee.

“He still lived his life by his core values, and he certainly did (the day of the shooting),” Burks said. “Once a Marine, always a Marine. By any and all standards, Master Sgt. Michael Landsberry … was an enormous success.”

Police are investigating the shooting that began about 15 minutes before the morning bell on the asphalt basketball court outside the school. The attack lasted only about three minutes and ended with student Jose Reyes turning the gun on himself. The boy got the gun at home.

Police investigators are interviewing witnesses and don’t want to release any preliminary information, including a possible motive. Parents of the two wounded boys have said they don’t believe their children were singled out.

Landsberry’s wife of five years, Sharon, and his two stepdaughters, Andrea and Alisa, spoke about his love of family, life and teaching. He was an “impassioned” teacher and mentor whose main goal was to enable the success of his students, his widow said.

“Mike found a way to adapt and overcome, and he found a way to reach each student,” Sharon Landsberry said. “What gave him the most satisfaction was seeing a light go on when a student suddenly got it.”

Pedro Martinez, superintendent of the Washoe County School District, said Landsberry could have worked at any school but he chose to teach at one of the Reno area’s “highest-poverty” middle schools because he knew he was needed there.

“He touched their lives every day,” he said. “I want to thank Michael not only for what he did that day (of the shooting), but for what he did every day in the classroom. He helped students realize their dreams and know that he was there for them.”

Martinez and Landsberry friends also talked about the teacher’s passion for Batman, Star Wars, sports, history books and video games. “He humbled himself to his children and the children saw how real he was,” Martinez said.

Chaplain Tim Gregory of the Nevada National Guard said he thinks the “greatest story” to be taken from Landsberry’s life is to “find something to die for and then live for it.”

Landsberry received full military honors, including a 21-gun salute, during the emotional two-hour celebration of life at Sparks Christian Fellowship. An American flag that draped his casket was presented to his widow. 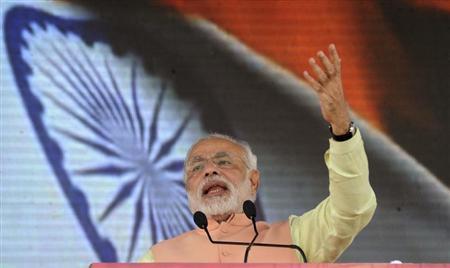 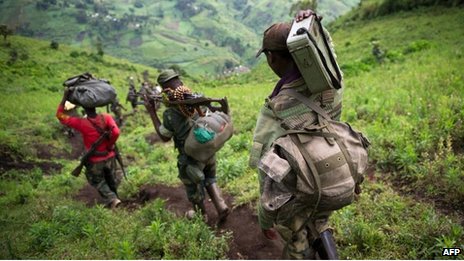