(Reuters) – – Indian security forces are preparing for one of their most challenging assignments in decades, protecting prime ministerial candidate Narendra Modi in a country with a grim history of political assassinations.

A series of small bombs killed six people at a rally the Hindu nationalist leader held in the city of Patna on October 20.

Authorities said the home-grown Indian Mujahideen (IM) group was responsible. While Modi was not in the immediate vicinity of the explosions, the message was clear.

“Narendra Modi is way above everyone else on their hit list,” said an officer in the Intelligence Bureau, who declined to be identified as he is not authorized to speak to the media.

“The IM cadre say he is actually 1 to 10 on their list. The rest come after that,” said the officer, citing confessions of captured militants.

Modi will lead his Bharatiya Janata Party into a general election due by May and his enemies will almost certainly be looking for another opportunity to strike.

The militants hold Modi responsible for riots in 2002, during his first term as chief minister of Gujarat state, in which at least 1,000 people, most of them Muslims, were killed.

Modi denies any role in the riots or bias against minority Muslims.

Communal animosity has led to several high-profile assassinations in India, beginning months after independence when a Hindu fanatic gunned down Mahatma Gandhi, the leader of a non-violent struggle to throw off British rule.

The election is shaping up to be a highly charged clash with Modi and his aggressive Hindu nationalist supporters facing off against their Congress-led rivals, who say the vote is a fight to preserve India’s secular foundations.

Much of the battle will be waged at public gatherings. Even in these days of 24-hour news channels and the Internet, Indian election campaigns hinge around rallies.

Modi will address countless throngs in coming months in his race against the Congress-led coalition which is expected to put up Rajiv Gandhi’s son, Rahul Gandhi, as its prime ministerial candidate.

An elite team protecting Modi has been ordered to secure all public meetings using the same tactics of the Special Protection Group that guards former and serving prime ministers and their families along the lines of the U.S. Secret Service.

Spotters in disguise will mingle in the crowds while an advance team will “sanitize” sites six times, the last time an hour before Modi’s arrival, a security official said.

“Sewage pipes, manholes, you plug every hole in the ground and above,” said the official.

Gandhi has spoken of the deaths of his father and grandmother and said recently he could be next to fall to the politics of hate. He is guarded by the top-level Special Protection Group.

An attack on either Modi or Gandhi could spark waves of reprisal violence.

Modi, the three-time chief minister of Gujarat arouses strong passions among supporters and rivals. He is a hero of the Hindu right, and seen as a tough, business-friendly administrator who can help steady a nation in economic drift.

Critics accuse him of a deep-seated bias against Muslims and say he turned a blind eye to attacks during the 2002 riots. The Supreme Court absolved him of any wrongdoing.

The Indian Mujahideen has ties to Pakistan-based militants who have launched numerous attacks in India including the 2008 assault on several targets in the city of Mumbai.

Four days before the explosions at recent Patna rally, the Intelligence Bureau sent a letter to state authorities warning them of the threat to Modi, although they did not have specific information.

“Narendra Modi being perceived as a leader of Hindus, may be targeted by rabid elements,” the bureau said. “Modi is also a target in the list of various terrorist organizations.”

He is now protected by 108 Black Cat commandos of the National Security Guard (NSG), the anti-terrorism force that fought the militants who mounted the Mumbai attack.

Originally, Modi had a small NSG group trained to whisk him away in case of attack, a Home Ministry official said.

But his security has been stepped up and he now has three layers of protection: one group to take on any attackers, a second to provide cover and a third to get him to safety.

Ajay Sahni, head of the Delhi-based Institute of Conflict Management, said that given the rings of security, the chance of a direct attack on Modi or Gandhi was low.

“It would be hard to penetrate unless the groups have the capacity to project explosives such as missiles. Those are difficult to smuggle around.”

The biggest risk was the politicians themselves pushing against the security bubble as they bid to reach out to voters, Sahni said. Unlike in the West, powerful leaders in India at times overrule their security agents and wade into crowds. 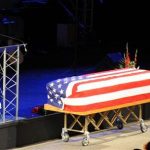 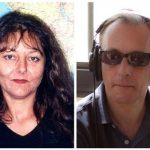 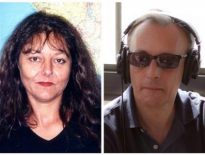 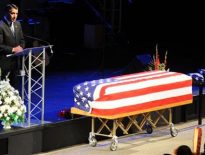