(Reuters) – Canada’s hopes of reaching the 2014 World Cup finals ended in abject humiliation on Tuesday after they were destroyed 8-1 by Honduras while the United States, Jamaica and Costa Rica progressed to the next round.

Six nations will compete next year for three automatic spots at the finals, with Mexico, who had already booked their place, also joined by Honduras and Panama after Tuesday’s games.

Guatemala, who lost 3-1 to the United States, and El Salvador, who fell 2-0 in Mexico, were eliminated but it was the Canadians who suffered the most in the final round of games.

Victory in Honduras would have secured a place in the final qualifying round for Stephen Hart’s Canadian side but instead they headed home after one of the darkest night’s in their soccer history.

“You are supposed to go down all guns blazing. We were horrible,” Hart, whose job is now in doubt, told reporters.

Bengston opened the scoring in the seventh minute after racing on to a Costly header, and doubled the lead with a tap-in after Canada keeper Lars Hirschfeld had parried a Mario Martinez effort.

Bengston then returned the favour to Costly, heading into his path for a close-range diving header in the 28th minute as the home side ran amok.

Martinez put the result beyond doubt just before half-time and it took only three minutes from the restart for the home side to reach 5-0 with Costly converting from a Martinez cross.

After another from Martinez, Iain Hume’s goal for Canada from a free-kick in the 76th minute could hardly be considered “consolation” given the circumstances.

Bengston and Costly rounded off a remarkable night for Honduras, who reached the 2010 World Cup finals in South Africa, by completing their hat-tricks in the final 10 minutes.

Panama left it late to secure the point they needed to be sure of a place among the last six teams with Nelson Barahona equalising in the 77th minute.

Alberto Gomez put Cuba in front in the 38th minute with the team’s only goal in their six third-round qualifying games.

Two goals from Clint Dempsey helped the United States secure top spot in Group A despite suffering an early scare against Guatemala in Kansas City.

Carlos Ruiz put the visitors ahead in the fifth minute, breaking free of the U.S. defence and confidently slotting home, but five minutes later Carlos Bocanegra scored from a corner to level the score.

Dempsey’s double strike gave the United States a comfortable cushion for the second half and their Central American opponents struggled to get the goals back that could have seen them go through.

Jamaica’s 4-1 victory over Antigua and Barbuda in Kingston meant they moved ahead of Guatemala into second place and into the next round.

Two goals in the final 12 minutes from Jamaican winger Dane Richards made sure of progress by goal difference over Guatemala.

First half goals from Demar Phillips and Nyron Nosworthy had been met with a 61st minute response from Antigua and Barbuda’s Quinton Griffith, which threatened the Reggae Boyz’ chances of progress before Richards’ double strike.

Mexico finished with the maximum 18 points in Group B, rounding their campaign off with a 2-0 win over El Salvador with second half goals from Oribe Peralta and Javier Hernandez.

Costa Rica made sure of second spot in the group with a 7-0 crushing of Guyana – Randall Brenes and Alvaro Saborio both scoring twice.

Guyana had defender Walter Moore sent off in the 50th minute. 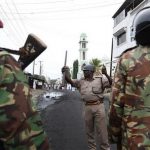 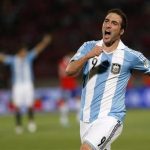 China’s Bo Xilai allowed to appeal against life in jail

Obama to push ahead on immigration overhaul early in 2013: NYT 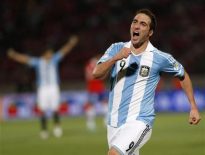 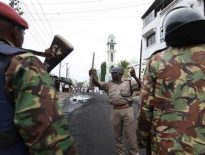