MOMBASA, Kenya (Reuters) – At least 10 Kenyan police officers were injured when two grenades were hurled at them by suspected al Shabaab sympathisers during a police operation at the country’s Coast province in the early hours of Wednesday, police said. 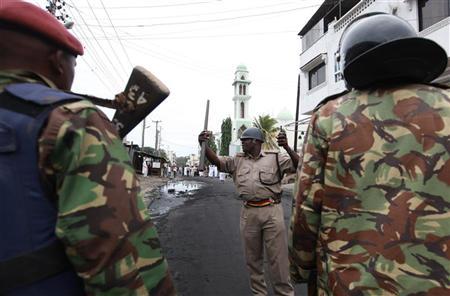 A policeman gives orders to his officers during a protest by Muslim faithful over the killing of Sheikh Aboud Rogo Mohammed, after Friday prayers at the Masjid Mussa mosque in the Kenyan coastal city of Mombasa, August 31, 2012. REUTERS/Joseph Okanga

The east African nation has been hit by a series of grenade and gun attacks since it sent troops into Somalia last October in pursuit of Islamist al Shabaab militants who are blamed for kidnapping Kenyan security personnel and Western tourists.

Aggrey Adoli, the head of police for Coast province, told Reuters that policemen had gone to a house in the Likoni area of the south coast after they received information it contained dangerous weapons.

He said two grenades were thrown at the policemen when they knocked on the door of the house. The occupants of the house also opened fire. Four policemen were critically injured and three suspects were killed in the exchange, Adoli said.

“We recovered a pistol, an AK-47 rifle, 15 rounds of ammunition and two grenades … We believe these people are connected to al Shabaab,” he said by phone.

The Kenyan troops and their Somali counterparts, who are fighting under the banner of African Union forces in Somalia, took the last stronghold of al Shabaab rebels, the southern port of Kismayu, at the end of last month. 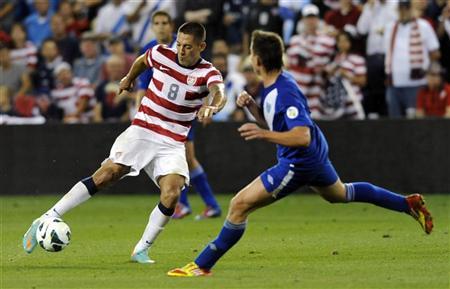 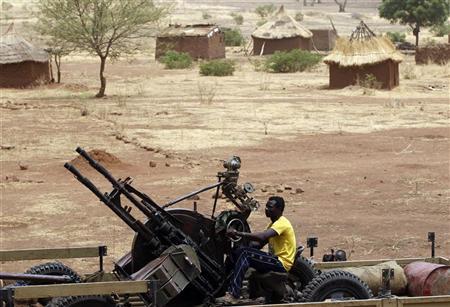