Becks is playing football, in China, in a suit, as part of his global ambassador role, and slipped over. Nobody helped him up, but everyone took a picture 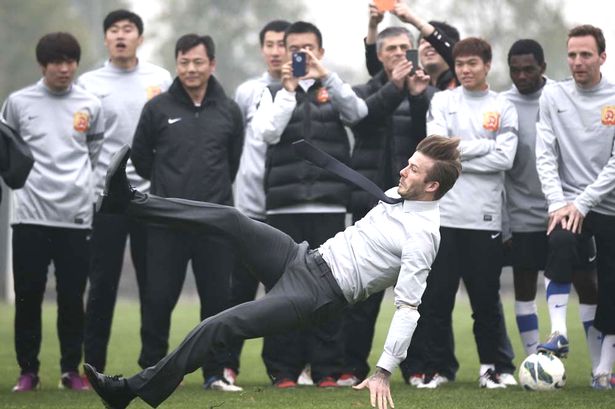 If David Beckham stacked it right in front of us, we’d rush over and help him up. Because you’d get to touch him, right? Nope, not if you’re one of the lucky Chinese school kids who watched Becks play football yesterday – they all just took pictures of him on their phones.

Becks is over in China as a global ambassador for football – he’s encouraging people to play the sport, and supporting the football leagues over there – and took a few free kicks at the school in Wuhan, Hubei province.

Only, because he didn’t have any football boots on, or in fact any kit at all, he slid over on the wet grass and landed on his perfect arse.

Normally we’d feel bad about laughing at a celeb falling over in public, but because it’s snowing outside, we’ll probably fall over at least twice before the end of the day.

The fact all the kids are more interested in taking a picture to send to  their mates than helping him up is amazing. Is everyone being polite and pretending not to see? Or are they all just thinking “YOU FELL OVER!” and laughing on the inside.

D-Becks has been in China all week – even letting other people join in with the football matches sometimes, but mostly looking really sexy .

Serious question: when does he actually play for his team in Paris? Because it seems like, if he’s not flogging us pants, he’s just being super-adorable with his kids. Hey, we’re not complaining – we love him. 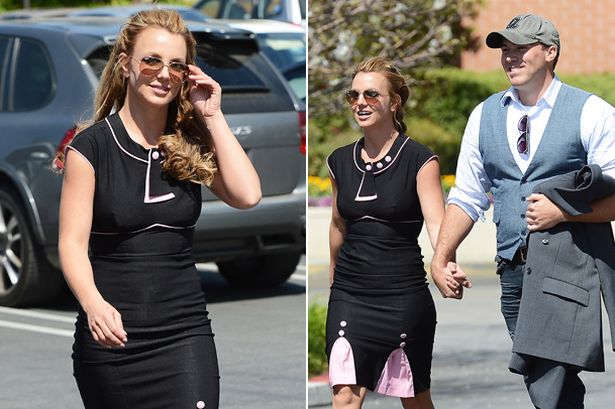 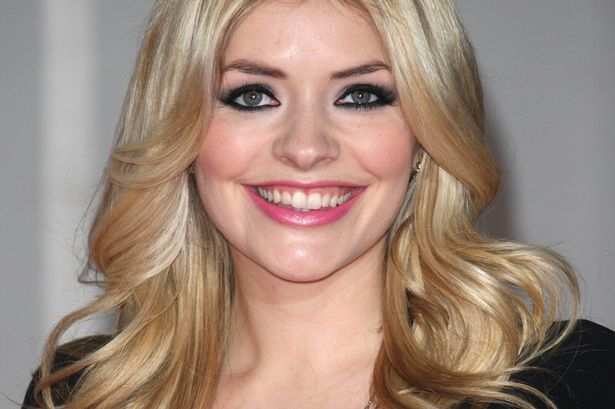