NEW YORK (AP) — Soaking rains that spawned numerous flood warnings pushed some streams and creeks over their banks throughout the Northeast, yet the first named storm of the Atlantic hurricane season sped up the Eastern Seaboard without causing major damage. 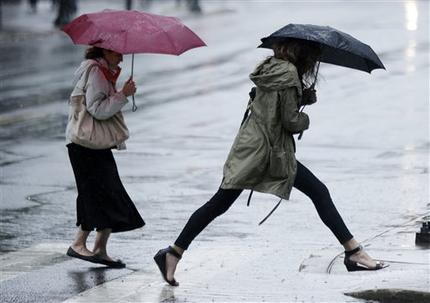 A woman leaps across a puddle during a rainstorm Friday, June 7, 2013, in Philadelphia. The National Weather Service has issued a flash flood watch for much of southeastern Pennsylvania as remnants of tropical Storm Andrea move through the region. (AP Photo/Matt Rourke)

The storm was centered over eastern Long Island in New York by 5 a.m. Saturday, with winds of 45 mph, and flood warnings were in effect for parts of New England. The storm was expected to reach Canadian waters by Sunday.

After bringing rain, strong winds and tornadoes to Florida, Andrea lost most of its tropical characteristics late Friday into Saturday. The storm was packing winds that gusted between 20 to 30 mph, and officials warned of near gale force from New Jersey to Canada through Sunday.

The storm was blamed for one traffic-related death in Virginia.

Dean Iovino, a meteorologist with the National Weather Service in Mount Laurel, N.J., said Saturday the storm was expected to pick up speed through the overnight hours, and could drop from 3 to 5 inches of rain in areas from New Jersey into New England before tapering off.

Officials in the Mid-Atlantic region and Northeast had prepared for it Friday night. New York City activated its flash flooding plan, and heavy rainfall resulted in a number of flash floods, causing some sections of roadways to be closed throughout Long Island.

A number of roads were flooded in the Boston area. A flight that left Boston on Friday night headed to Palm Beach was diverted to Newark International Airport in New Jersey after being struck by lightning. There were no injuries.

The rainy weather washed out events such as NASCAR’s Sprint Cup qualifying in Pennsylvania’s Poconos, and MLB games in Washington, New York and Boston.

The heavy rain from the storm’s outer bands was being blamed by authorities in Virginia for a fatal accident on Interstate 77 in the state’s western mountains. William Petty, 57, of Lexington, S.C., died when a car in which he was a passenger hydroplaned while passing a tractor-trailer. He survived the crash, only to be killed moments later when the car was struck by second tractor-trailer, authorities said.

During Friday’s morning rush in Charleston, S.C., there was little evidence – beyond a few downed tree branches, gusty winds and some puddles in the street – that the center of the storm was passing nearby. The sun occasionally peeked through.

Derrec Becker with the South Carolina Emergency Management Division said the storm brought only a severe thunderstorm Friday. No injuries were reported, and there had been no reports of significant damage.

Mike Sprayberry of North Carolina Emergency Management told the Weather Channel that there had been some flash flooding and local road closures in the state but that “so far we have been quite fortunate.”

Florida Gov. Rick Scott had warned Thursday of the risk of tornadoes, and officials said that eight were confirmed across the state.

There were no major problems along the most vulnerable parts of the coast such as North Carolina’s Outer Banks.

David Tweedie, 41, of Ocracoke, said an early-morning burst of rain and the forecast of another three hours or so of rain and wind on the Outer Banks island has done little to alter the day’s routine for the roughly 1,000 year-round residents.

The Friday fish fry that kicks off the island’s annual folk music and arts festival was moved indoors to the island’s only public school, and a musical performance of the three-day event was shifted to the community center. But the tropical system was otherwise forcing no changes to the Ocrafolk Festival that normally draws more than 2,000 visitors, Tweedie said.

Authorities in coastal Bertie County, N.C., said a school bus with 32 elementary students on board slid off the road and into a ditch about 8 a.m. No injuries were reported.

A Coast Guard cutter and HC-130 Hercules airplane were called to rescue four adults aboard a 35-foot sailboat about 65 miles off Charleston, S.C. The sailboat’s engine was disabled during the storm and left rocking in 15-foot seas and 35-mph winds.

Farther east in Chapel Hill, heavy rains forced the forced the postponement of Friday’s NCAA super regional baseball series opener between No. 1 seeded North Carolina and South Carolina until Saturday. A second game between N.C. State and Rice in Raleigh was also postponed. 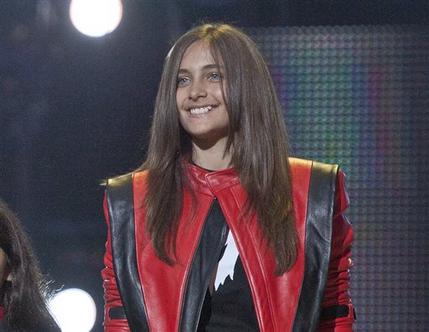 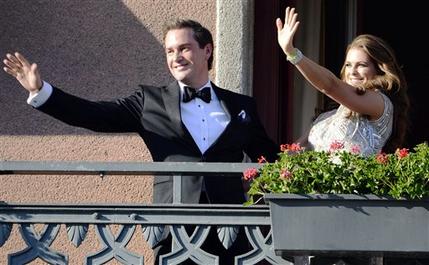