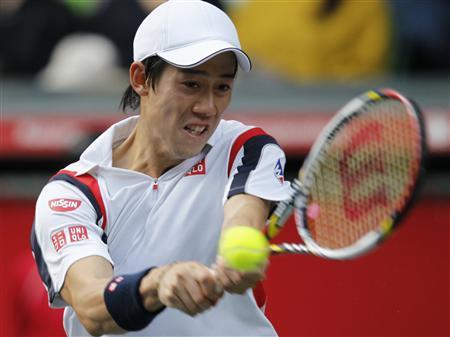 Kei Nishikori of Japan returns a shot to Milos Raonic of Canada during the men’s singles finals match at the Japan Open tennis championships in Tokyo, October 7, 2012. REUTERS/Yuriko Nakao

It was the eighth seed’s second career title after winning in Delray Beach in 2008 and will elevate the 22-year-old from 17th to 15th in the world rankings.

“I’m partying tonight,” Nishikori said in a courtside interview as a sellout Tokyo crowd went wild. “I’d thought the Gods were against me at this event in the past.

“To win the title is amazing. I’m overwhelmed.

“I don’t know what I’m going to do with a year’s worth of Corona beer,” added Nishikori, sheepishly referring to a bonus gift from tournament sponsors. “I don’t even like beer.”

Nishikori took the first set tiebreak 7-5 after a jaw-dropping running backhand pass, clenching his fist to salute the roars of the crowd.

Sixth seed Raonic took the second, drilling a bullet serve at Nishikori’s body as the cheers of the majority among the 13,000 centre court fans turned to groans.

However, Nishikori stormed back in the decider, ripping another fierce backhand pass down the line to open a 4-0 lead, leaving his Canadian opponent gaping in disbelief.

He delivered the coup de grace moments later, a lofted return forcing Raonic to smash a drive volley into the net after two hours, eight minutes to complete a final set ‘bagel’.

Both players were presented with flowers by Australian Ken Rosewall, who won the title in 1973, the first year the Japan Open became an official tournament.

“Kei is a superstar in Japan,” said Raonic, who shocked last year’s winner and U.S. champion Andy Murray in the semi-finals and fired down 14 aces against Nishikori.

“Thank you Japan for your support,” added Raonic, who is projected to rise one spot to 14th in the rankings. “And thank you for inventing sushi. I love it.” 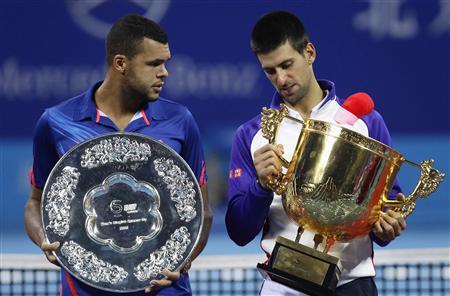 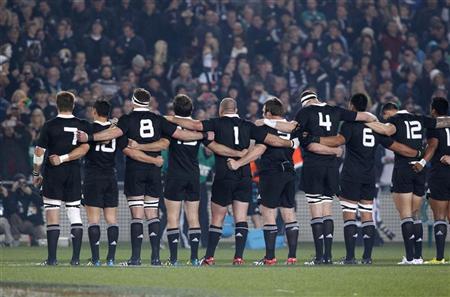