(Reuters) – O.J. Simpson, the ex-football star famously acquitted of murder in 1995, appeared in court on Monday seeking a new trial in a Las Vegas armed robbery case that sent him to prison as witnesses testified to what they said were blunders by his lawyer.

Simpson, 65, appeared older, grayer and heavier after five years behind bars as he entered a Las Vegas courtroom in blue jail garb, his hands and feet shackled, for a hearing that could last for a week into claims that his then-attorney mishandled the Nevada case.

He was brought to court from a Nevada prison where he is serving up to 33 years for the 2007 incident in which he and five other men stormed into a room at the Palace Station Hotel and Casino and took thousands of dollars in memorabilia from a pair of sports collectors at gunpoint.

Defense lawyers argued unsuccessfully that Simpson was only trying to retrieve his own stolen memorabilia and was not aware that an accomplice had brought a gun along. He was found guilty on 12 charges, including armed robbery and kidnapping.

Simpson’s current attorneys have asked a judge to throw out his 2008 conviction, saying his trial lawyer, Yale Galanter, had a conflict of interest because he knew in advance that Simpson planned to confront the sports dealers at the hotel.

They also argue that Galanter never told Simpson that prosecutors had offered a plea deal in which he would have been sentenced to two to five years in prison.

Much of the testimony during the first day of the hearing centered on an audiotape of the hotel room altercation that two witnesses said Galanter should have fought to keep out of the trial as inadmissible evidence.

James Barnett, a longtime friend of Simpson who let the famous defendant stay at his home during the trial, said he told Galanter he questioned the integrity of the tapes and urged the lawyer to have them analyzed. He said Galanter agreed to do so only if Barnett put up the $250,000 he said it would cost.

“I thought about it and I decided not to. I thought, this is one slick lawyer,” Barnett said, adding that he believed the tapes could have been analyzed for $5,000.

Barnett was followed on the witness stand by attorney Eric Bryson, who represented one of Simpson’s co-defendants in the case. Bryson told the court that the tapes were “untrustworthy” and should have been challenged as evidence.

“Without the tapes, I thought the state’s case was very weak,” he said.

Simpson’s 43-year-old daughter, Arnelle, took the witness stand shortly before the lunch break, testifying that her father had been drinking heavily during the weekend of the incident. That testimony was expected to be used by Simpson’s lawyers to suggest that he was not aware that guns were drawn at the hotel.

A separate appeal by Simpson of his conviction in the case was rejected by the Nevada Supreme Court in 2010.

Simpson, a former star NFL running back turned TV pitchman, was accused of the 1994 stabbing and slashing murders of his ex-wife Nicole Brown Simpson and her friend Ronald Goldman. He was acquitted in 1995 after a year-long proceeding, dubbed the “Trial of the Century” in the press, that was carried live gavel-to-gavel on U.S. television. 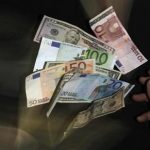 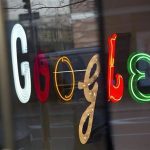 Analysis: Google+ struggles to attract brands, some neglect to update

Father kills son, himself at YWCA offices in NH 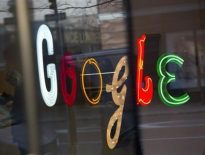 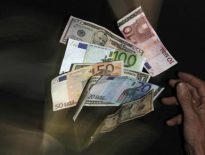