(Reuters) – Scientists at CERN have smashed together various particles for the first time, moving closer to learning what was in the super-hot plasma wonderland that formed right after the primeval Big Bang, the European physics research centre said on Thursday. 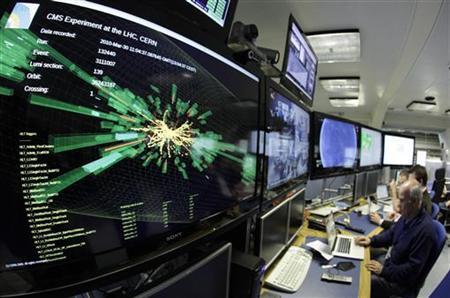 A graphic showing a collision at full power is pictured at the Compact Muon Solenoid (CMS) experience control room of the Large Hadron Collider (LHC) at the European Organisation for Nuclear Research (CERN) in Meyrin, near Geneva March 30, 2010. REUTERS/Denis Balibouse

The announcement followed another boost for physicists at CERN near Geneva with the effective endorsement by independent experts in a key journal of their claimed discovery of a new particle, the Higgs Boson.

CERN’s ALICE experiment, one of six grouped around its underground Large Hadron Collider (LHC), has been analyzing particles that emerged from the overnight smashing together of tiny hydrogen-derived protons and much larger lead nuclei.

“It was really a pilot run to see if the LHC can produce these asymmetric collision systems. It showed that it can, and it worked like a charm,” Johannes Wessels, an ALICE scientist, told Reuters. “We are very excited about the results.”

The function of ALICE — acronym for A Large Ion Collider Experiment — is to probe what happens to matter when it is heated to 250,000 times the temperature at the centre of the sun — as in the “quark-gluon plasma” at the birth of the cosmos.

Until now, in the search for the Higgs and the “New Physics” that encompasses concepts like super-symmetry, dark matter, extra dimensions and parallel worlds, CERN has smashed only identical particles together at close to the speed of light.

“Whether we’ve been smashing hydrogen protons or lead protons together, it’s been like hitting oranges with oranges. But now it’s like colliding apples and oranges,” said another CERN scientist. “It’s a different ball game.”

Related:  Pop music too loud and all sounds the same: official
Powered by Inline Related Posts

Just before the giant LHC – which runs for 27 km (16.8 miles) under farmland and villages along the Swiss-French border – closes down for nearly two years next February, a new and longer series of proton-lead collisions will be conducted.

In the LHC’s normal proton-proton collisions, very little of the plasma – which appeared immediately after the Big Bang 13.7 billion years ago and was all there was in its first vital milliseconds — is produced.

Consequently, particles that shoot off from those high-energy collisions provide little or no clue to the full make-up of the bubbling plasma soup of liquid quarks and gluons — among the tiniest objects in nature.

But a fraction of the billions of those explosions produce particle tracks like those that came in the wake of the Big Bang — after the plasma cooled — which can be analyzed by other CERN experiments for any hint of the “New Physics” phenomena.

It was from those identical proton collisions that the long-sought Higgs Boson – believed to be the particle that enabled matter to be turned to mass and thus the universe to take form – seemingly emerged, to be announced to the world on July 4.

Whether the new particle is actually the boson named after British researcher Peter Higgs has yet to be formally confirmed, which would make official the most important scientific discovery of the century so far.

But a clear step in that direction came this week when the CERN papers on its findings were published by an important science journal – Physics Letters B – that only runs material that has been reviewed and found sound in peer-review. 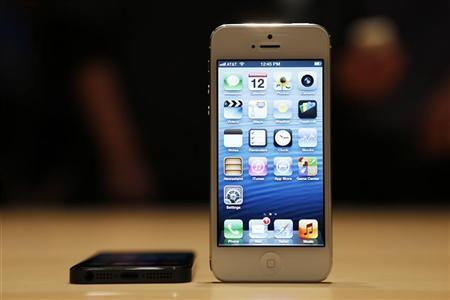 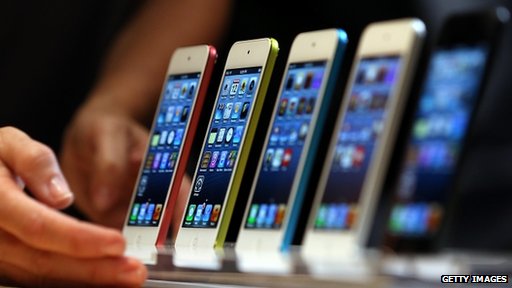