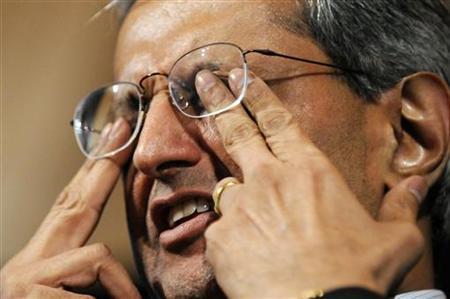 Citigroup CEO Vikram Pandit rubs his eyes before answering a question at the Bretton Woods Committee International Council conference in Washington, September 23, 2011. REUTERS/Jonathan Ernst Shareholders on Tuesday handed Citigroup an embarrassing no confidence vote on a $15 million pay package for its Chief Executive Vikram Pandit. About 55 percent of shareholders rejected a plan to bring Pandit’s pay back close to levels before the global financial crisis.

The no vote signals dissatisfaction with lucrative pay at companies that have not lived up to industry standards, governance experts said.

“As we struggle to come out of the recession, CEO packages have continued to increase at a rate that is much greater than the rate of economic performance of these companies,” said James Post, a management professor at Harvard University.

That has become a flashpoint in a country that was already outraged over pay inequality, and many boards are paying attention, investors said.

“The culture of this country has shifted on this issue,” said Eric Veiel, portfolio manager for T. Rowe Price’s financial services fund.

Boards are following the public’s lead and trends like last fall’s “Occupy Wall Street” movement against wealth disparity, he said.

Citigroup’s shares are up 33 percent this year, but the bank still faces challenges, including failing to win approval from regulators for a dividend increase or stock buyback. On Monday it posted a 2 percent drop in net income for the first quarter as it struggled to boost profits in a sluggish economy.

The vote on Pandit’s pay is nonbinding, but governance experts said it would be difficult for the board to ignore it.

“Everywhere on the political and social side we see a country that is terribly divided over compensation and economic inequality,” said Post of Harvard University. “CEOs are the poster children for this.”

Shareholders won the right to vote on executive pay at most public companies with the 2010 Dodd-Frank act, though many observers were skeptical that the advisory votes would make much difference.

While few companies had their pay plans rejected last year, they could face a tougher test in 2012, partly because institutional investors have had more time to fully prepare for the votes.

“It’s not a matter of share owners sitting on their hands,” said Anne Simpson, director of corporate governance for the California Public Employees’ Retirement System, or Calpers. “Last year all of the big share owners like Calpers were working out their framework for analyzing these proposals.”

Last year, only 41 companies failed to get majority support for their pay out of an estimated 2700 companies in the Russell 3000 index that held votes.

But roughly 160 additional companies got just 70 percent or less support for the measures, according to governance research firms that track the votes. Those companies could face more shareholder resistance if they did not reform their pay packages.

Some large asset managers lately have taken a more aggressive stand on pay questions and have been backing shareholder resolutions asking for pay changes.

Fidelity Investments of Boston supported 21 percent of shareholder resolutions related to pay last year, up from 8 percent in 2010 and 0.3 percent in 2009, according to Fund Votes, a Vancouver research firm.

Fidelity executives did not immediately respond to questions.

Calpers voted against 201 plans last year and has found those companies’ boards responsive to its concerns, said Todd Mattley, head of proxy voting at the pension fund.

Companies that got over 50 percent no votes “are doing their homework and due diligence and really trying to figure out what was wrong with their compensation packages,” he said.

Not everyone expects big changes as a result of the say-on-pay votes.

CEO pay has shot higher because board compensation committees base it largely on peer comparisons and usually aim to be a at least a bit above average, which means pay gets benchmarked to other companies’ high levels, governance experts said.

“It’s the overuse of peer groups that’s created an upward spiral in pay,” said Charles Elson, director of the Center for Corporate Governance at the University of Delaware. “Even the best compensation committee that uses a peer group is going to create problems.”

But last year’s rejections and scrutiny seem to have prompted some companies to change their plans before having them publicly reviewed in this year’s votes, said Amy Borrus, deputy director of the Council of Institutional Investors, whose members have more than $3 trillion under management. Johnson & Johnson (JNJ.N), for example, modified its compensation plans after nearly 40 percent of votes were cast against it last year. The company replaced some cash incentives that had been in place more than 60 years with stock awards tied to sales, earnings and shareholder returns. A spokesman for the company declined to comment. 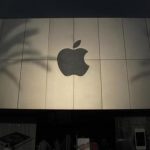 Analysis: Apple results loom large for tech – and the market 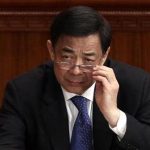 Insight: Brazen and eccentric, the cop at center of China scandal 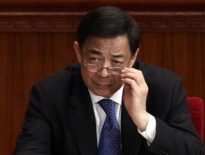 Asia Insight: Brazen and eccentric, the cop at center… 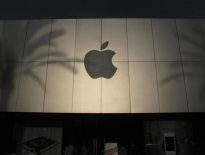