The first lady welcomed stars from Broadway to the White House Monday as she celebrated the history of live theater, what she calls a cornerstone of the nation’s cultural heritage.

The East Room performance featured music from Fun Home, An American in Paris, School of Rock, and Something Rotten.

Performers included Gloria Estefan singing from On Your Feet!, a story of her life, and former Glee star Matthew Morrison with an ensemble from Finding Neverland.

Since America is such a big, bold, beautiful nation, that’s how our stories are told on Broadway — with show-stopping dance routines, and soaring musical numbers, and heart-wrenching, side-splitting performances that we never forget, Mrs. Obama said. These shows don’t just entertain us, they educate and inspire us.

Among the entertainment figures training with the students were actress Whoopi Goldberg, producer Harvey Weinstein and actress Cicely Tyson.

Some of the students also had the opportunity to perform in Broadway at the White House, which will air on the TLC network Thanksgiving Day. 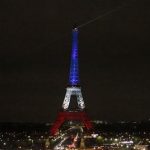 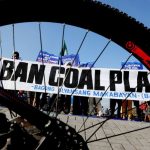 A Climate Deal, 6 Fateful Years in the Making 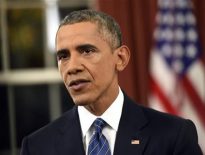 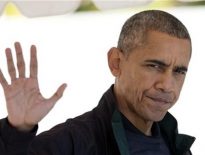