(Reuters) – President Barack Obama and his top aides launched a full-scale political offensive on Sunday to persuade a skeptical Congress to approve a military strike against Syria, but faced a struggle to win over lawmakers from both parties and a war-weary American public.

Obama made calls to members of the House of Representatives and Senate, with more scheduled for Monday, underscoring the task confronting the administration before it can go ahead with using force in response to a deadly chemical attack blamed on the Syrian government.

Dozens of lawmakers, some in tennis shirts or shirtsleeves, cut short their vacations and streamed into the corridors of the Capitol building for a Sunday afternoon intelligence briefing on Syria with Obama’s national security team.

When they emerged nearly three hours later, there was no immediate sign that the many skeptics in Congress had changed their minds. Many questioned the broad nature of the measure Obama is seeking, suggesting it needed to be narrowed.

“I am very concerned about taking America into another war against a country that hasn’t attacked us,” said Representative Janice Hahn, a California Democrat. On the way out of the briefing, she said the participants appeared “evenly divided” on whether to give Obama approval.

Most seemed convinced that Syria had engaged in chemical warfare. “The searing image of babies lined up dead, that’s what I can’t get out of my mind right now,” Democratic Representative Debbie Wasserman Schultz said after the closed-door briefing.

But the credibility of the administration’s intelligence is turning out to be a less important issue than the nature and usefulness of the response.

Earlier in the day, Secretary of State John Kerry invoked the crimes of Adolf Hitler and Saddam Hussein and warned of a potential threat to Israel a day after Obama delayed an imminent attack on Syrian targets until after a congressional vote.

Even as Kerry took to the airwaves touting new evidence that deadly sarin gas was used in the August 21 chemical attack near Damascus, the scope of the challenge confronting the administration became apparent.

Lawmakers questioned the effectiveness of limited strikes, the possible unintended consequence of dragging the United States into another open-ended Middle East conflict, the wisdom of acting without broader international backing to share the burden, and the war fatigue of the American public.

While Kerry predicted Obama would win the endorsement he wants, a growing cacophony of congressional critics – ranging from liberal Democratic doves to Republican Tea Party conservatives – illustrated just how hard that will be.

“I’m not convinced that the administration’s support will resolve the issues in Syria,” Representative Bennie Thompson, the top Democrat on the Homeland Security Committee, said as he left the meeting, adding he was leaning toward a “no” vote.

“In terms of whether not a lot of questions were really answered today? I’d say no,” he said.

Kerry, the administration’s most impassioned voice for intervention in Syria’s 2-1/2-year civil war, was left to publicly defend Obama’s stunning reversal, a decision that puts any strike on hold for at least nine days.

“This is squarely now in the hands of Congress,” Kerry told CNN, saying he had confidence lawmakers “will do what is right because they understand the stakes.”

In a round of television appearances, Kerry declined to say whether Obama would proceed with military action if Congress rejects his request, as Britain’s parliament did last week.

He echoed Obama’s comments in the White House Rose Garden on Saturday, insisting the president had the right to act on his own if he chooses that course.

Obama is taking a gamble by putting the brakes on the military assault he considers essential to maintain U.S. credibility after he had said the use of chemical weapons would constitute a “red line” for the United States.

U.S. military officials are using the delay to reassess which ships will be used for a strike, and which sites in Syria to target. One change was a decision to send the USS Nimitz aircraft carrier and its entire strike group toward the Red Sea to help support the Syria strike, if needed.

The consensus on Capitol Hill is that Obama has a good chance of winning approval in the Democratic-led Senate, but the vote appears too close to call in the Republican-controlled House of Representatives, where the president’s opponents rarely miss an opportunity to block him.

The White House is due to talk with House Democrats by telephone on Monday, and Obama will meet with the heads of several key House and Senate committees in person on Tuesday.

Acknowledging that the administration has its work cut out, Kerry insisted Congress could not “have it both ways” by demanding a voice and then abdicating responsibility to uphold the international bans on chemical weapons use.

“I can share with you today that blood and hair samples that have come to us through an appropriate chain of custody, from east Damascus, from first responders, it has tested positive for signatures of sarin,” Kerry told CNN’s “State of the Union.”

It was the first time the administration had pinpointed the chemical used in the attack, which U.S. intelligence agencies said killed more than 1,400 people, many of them children.

Obama’s efforts are sure to be hampered by his dismal relations with congressional Republicans. Another bitter face-off on government spending is looming this autumn.

Lawmakers for the most part welcomed Obama’s decision to consult them, but looked in no hurry to reconvene early from their summer recess, which lasts until September 9.

Underscoring a sense of wariness even from Obama’s traditional allies, many Democrats joined Republicans in saying the use-of-force resolution offered by the White House is too broad and that new language will be written for consideration.

Several said they wanted it to include strict time limits, guarantee that no U.S. troops would be sent into Syria, and tie authorization for any further military action to additional chemical weapons use by Syrian President Bashar al-Assad.

“The president said this is going to be limited. Yet that’s an open-ended authorization to just about do anything he wants,” said Democratic Senator Tom Harkin.

“The resolution as it is right now is so open-ended that it gives a blanket authority with no time limits. You can’t accept it just on its face,” said Republican Representative Dennis Ross. “Now we have to look at what is the exit strategy if we do a strike, and I don’t know if we’re going to do that.”

Republican Representative Peter King of New York said it was unclear if lawmakers would sign off on an attack on Syria, but he warned Obama may have to overcome “the isolationist wing” of the Republican Party to prevail.

Seeking to lay the groundwork for what is expected to be a heated congressional debate, Kerry tipped his hand on one administration tactic – linking the vote to safeguarding U.S. ally Israel from the Syrian chemical weapons threat.

“I don’t think they will want to vote, ultimately, to put Israel at risk,” Kerry said.

Lawmakers of both major political parties recognize how important it is to be seen as defenders of Israel, especially at election time, when they compete to show voters who is a better friend of the Jewish state. 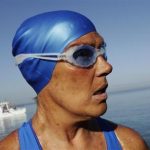 France says ready to punish Syria despite British no vote 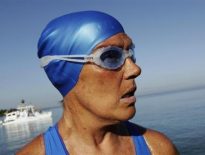