Britain on Friday ends almost half a century of integration with Europe, finally making its historic departure from the EU to begin a new — but still uncertain — future, with emotions running high following years of wrangling and several false starts.

Prime Minister Boris Johnson has backed Brexit since the 2016 referendum vote to leave that triggered deep bitterness and division.

But he has promised to unite the country in a new era of prosperity.

This is not an end but a beginning. This is the moment when the dawn breaks and the curtain goes up on a new act, he said.

German Chancellor Angela Merkel called Britain’s departure a sea-change for the bloc, although nothing will immediately feel different because of an 11-month transition period negotiated as part of an EU-UK exit deal ratified this week.

Britons will be able to work in and trade freely with EU nations until December 31, and vice versa, although the UK will no longer be represented in the bloc’s institutions.

But legally, Britain is out — with no easy way back.

And while the exit terms have been agreed, Britain must still strike a deal on future relations with the EU, its largest trading partner. Both set out their negotiating positions Monday.

We want to have the best possible relationship with the United Kingdom, but it will never be as good as membership, European Commission president Ursula von der Leyen said in Brussels.

Our experience has taught us that strength does not lie in splendid isolation, but in our unique union.

Getting this far has been a traumatic process.

Despite Britain’s resistance to many EU projects over the years — it refused to join the single currency or the Schengen free travel area — the 2016 vote to leave was a huge shock.

It unleashed political chaos in London, sparking years of bitter arguments that paralysed parliament and forced the resignations of two prime ministers.

Johnson brought an end to the turmoil with last month’s decisive election victory and parliamentarymajority to ratify the Brexit deal.

Friday’s newspapers reflected that continued split, with best-selling eurosceptic tabloid The Sun triumphantly declaring our time has come on its front page alongside an image of Big Ben.

But pro-European The Guardian opted for the headline small island, calling Brexit the biggest gamble in a generation.

In Scotland, which backed remaining in the bloc in 2016, First Minister Nicola Sturgeon called it a moment of real and profound and sadness… tinged with anger.

She vowed to step up the campaign for independence, which Scots rejected in a vote in 2014.

Johnson, himself a polarising figure, has emphasised unity and is avoiding any major celebrations that might exacerbate divisions.

The Conservative leader was hosting a special cabinet meeting in the northeastern city of Sunderland, which was the first to declare for Brexit in the 2016 vote.

At 10:00 pm, he will broadcast to the nation, as a countdown clock is beamed onto the walls of Downing Street, before hosting a reception, marking the occasion with English sparkling wine and canapes.

Government buildings will be lit up in the red, white and blue of the Union Jack. Millions of commemorative 50 pence coins go into circulation.

Ex-MEP Nigel Farage, who has spent decades campaigning to leave the EU, is planning a large rally in nearby Parliament Square — one of several pro-Brexit parties being held around the country.

I’m pleased, it’s about time, this has took far longer than it should have, said Eric Horsley, 67, from Hartlepool, northeast England.

Anthony Latham, a nursing assistant, 36, added: I think there’s been a lot of scaremongering going on, but I feel ultimately I think it’s going to be a positive thing, given time for the UK.

Not everyone is celebrating, with vigils planned by pro-EU supporters.

Today is a day of mourning, said Katrina Graham, 31, an Irish women’s rights activist who lives in Brussels, at a protest in central London.

I’m really hopeful (the UK will rejoin). I think we’re going to see the fallout of this over the years to come. We’ll come back to realising the fundamental principles of the European project.

British eurosceptics have campaigned for decades to free their country from what they see as an overly bureaucratic and unaccountable institution.

Johnson has promised to leave the EU’s single market and customs union so Britain can strike trade deals around the world, including with the United States.

But exactly how that will work — and at what cost to firms that depend on EU business — is unclear.

The divorce deal resolved the issue of London’s debts, the rights of EU expatriates, the status of Northern Ireland and the transition period.

But Johnson has given himself just 11 months to negotiate a new partnership, covering everything from trade to security cooperation.

Brussels has already warned he must either limit his ambitions or ask for more time.

Irish Prime Minister Leo Varadkar warned Friday that a failure to reach a post-Brexit trade deal by the deadline would pose an existential threat to Britain’s nearest neighbour.

So we do need that deal, he said. 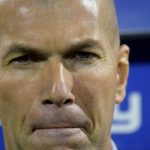 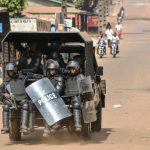 In “The Details,” a grown-up role for Tobey Maguire

Lakers hint at “Showtime” by torching the Suns 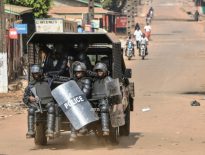 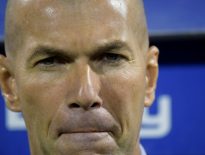 Football Zidane leaves Bale out of squad for Atletico but d…