A Dominican immigrant who won $338m (£223m) in a US lottery draw has spoken of his joy upon realising he had hit the jackpot.

Pedro Quezada, 44, a grocery shop-owner of Passaic, New Jersey, told a news conference he had not yet made any decisions on how to spend the money.

The father of five had his Powerball ticket validated on Monday in the local liquor store where he bought it.

The prize from Saturday’s draw is the fourth-largest in Powerball history.

Lottery officials said Mr Quezada, who has been in the US for 26 years, had chosen the lump-sum option, meaning it would be worth $221m, or about $152m after taxes.

In a press conference on Tuesday at New Jersey’s lottery headquarters, he recalled the moment he realised he had won: “I felt pure joy, just happiness.”

He was joined by his wife, Ines Sanchez, his four brothers, and two nephews, answering questions in Spanish with a translator by his side.

Mr Quezada said he did not plan to resume working long days at the family convenience store. He stepped back last year and his son now runs the bodega.

“It’s hard,” said the lottery winner. “Imagine having to wake up every morning at 5am to then close my store at 11pm. It’s very difficult.”

Mr Quezada’s son, Casiano, said on Tuesday from behind the counter of the family store, the Apple Deli Grocery: “I know he’s going to do something good with the money.”

Neighbours told The Record newspaper that the Quezada family had suffered bad luck in recent years, including a home burglary and a fire in their store. 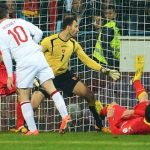 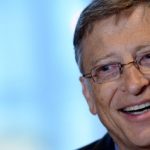 Bill Gates Condom Challenge: Foundation Will Pay You To Reinvent The Rubber

G-8 Summit opens at Camp David, as Iran and Syria among top topics

From left, Oklahoma City Thunder’s Derek Fisher, Kevin Martin, Nick Collison and Hasheem Thabeet watch during the first half of Game 5 of an NBA basketball playoffs 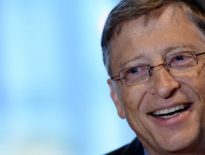 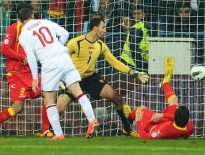