Though condoms come in different textures, sizes and even tastes, these options aren’t enticing enough to get people to actually use them in many parts of the world.

And the Bill and Melinda Gates Foundation wants to change that. The nonprofit, which tackles global health issues, is seeking submissions for the “Next Generation Condom” challenge. The initiative asks for innovative designs that create a sexual experience that feels even better than not using a condom. The new design must also protect from the spread of HIV and disease, of course.

The foundation cites deterrents to using protection such as difficulties in negotiating condom use among commercial sex workers. What’s more, in many places there are cultural barriers thwarting use of protection. In Zambia, for example, requesting use of a rubber can lead to domestic violence, AIDS Alliance reports.

Despite the facts surrounding protection from condoms, usage is sparse in places where HIV is most prevalent, Stephen Becker, deputy director of the HIV Program at the Gates Foundation, told MyNorthwest.com. So he said it’s time to innovate.

“The more appealing a condom is for a man to use, the greater likelihood of use there will be,” he said. “And we’re not talking about a particularly expensive technology here by any means. They are the least expensive HIV technology.”

The Gates Foundatinon will give away $100,000 to the winner through its Grand Challenge Exploration, $200 million in grants to fund research that fights disease in the developing world. 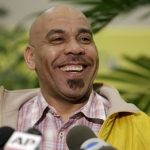 Skin Care News: An All In One Product For Acne Is Finally Here

Next week’s European elections in the U.K. could be a $100M farce thanks to Brexit

Bill Gates Condom Challenge: Foundation Will Pay You To Reinvent The Rubber 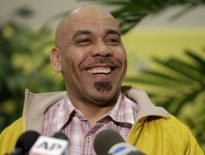