VATICAN CITY (AP) — Pope Francis on Sunday named his first batch of cardinals, choosing 19 men from Asia, Africa, and elsewhere, including Haiti and Burkino Faso, to reflect his attention to the poor. 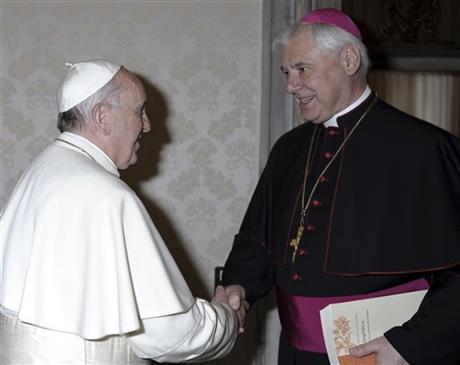 FILE – In this April 5, 2013 file photo made available by the Vatican newspaper L’Osservatore Romano, Pope Francis, left, meets with Bishop Gerhard Ludwig Mueller, Prefect of the Congregation for the Doctrine of the Faith, at the Vatican. Mueller is amongst the 19 new cardinals that Pope Francis announced Sunday, Jan. 12, 2013 during his Angelus prayer from his studio window overlooking St. Peter’s Square. The ceremony to formally install them as cardinals will be held Feb. 22 at the Vatican. (AP Photo/L’Osservatore Romano, ho)

Francis made the announcement as he spoke from his studio window to a crowd in St. Peter’s Square.

Sixteen of the appointees are younger than 80, meaning they are eligible to elect the next pope, which is a cardinal’s most important task. The ceremony to formally install them as cardinals will be held Feb. 22 at the Vatican.

Some appointments were expected, including that of his new secretary of state, the Italian archbishop Pietro Parolin, and the German head of the Vatican’s watchdog office for doctrinal orthodoxy, Gerhard Ludwig Mueller.

But some names were surprising.

Vatican spokesman the Rev. Federico Lombardi, said the pope’s selection of churchmen from Haiti and Burkino Faso, which are among the world’s poorest nations, reflects Francis’ attention to the destitute as a core part of the church’s mission.

Also chosen to become a “prince of the church,” as the cardinals are known, was Mario Aurelio Poli, the archbishop of Buenos Aires, a post Francis left when he was elected as the first Latin American pope in March.

His selections also came from Managua, Nicaragua; Santiago, Chile; and Rio de Janeiro. The appointees included churchmen from Seoul, South Korea, and the archbishop of Westminster, in Britain, Vincent Nichols.

In a sentimental touch, the three men too old to vote for the next pope include 98-year-old Monsignor Loris Francesco Capovilla, who had served as personal secretary to Pope John XXIII. The late pontiff will be made a saint along with John Paul II at the Vatican in April. 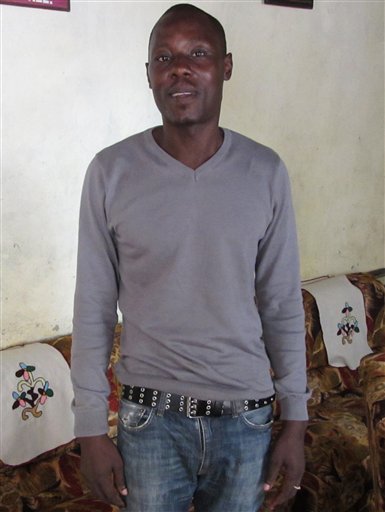